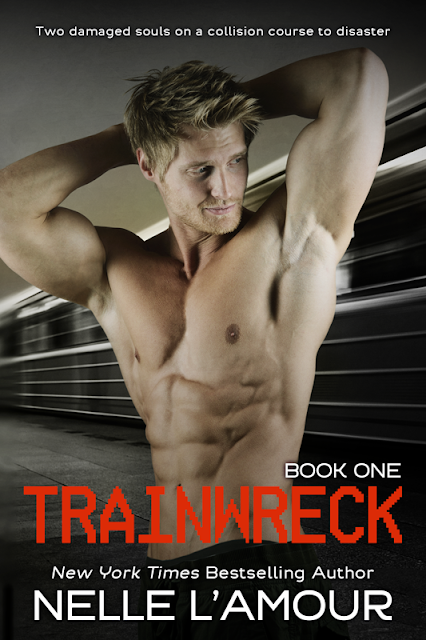 An Alpha Billionaire Romance Inspired by a True Event


A steamy and suspenseful two-part series by New York Times Bestselling Author Nelle L’Amour, with both novel-length books releasing on the same day!

Sarah: I’m an utter trainwreck. I can barely pay my rent. Mom’s sick and her insurance company won’t cover her experimental drug treatments. To make matters worse, I work for a total bitch, who makes the Devil Wears Prada look like Mother Theresa. Oh yeah, did I mention I’m probably the only twenty-five-year-old in Manhattan who’s never been laid? Then, I met him on a train. Ari Golden, New York’s most eligible and panty-melting bachelor. Don’t ask what happened. I’m ashamed to tell you, but the truth is it really happened to me. I made the biggest mistake of my life…because an unexpected discovery now threatens to destroy us.

Ari: I’ve sworn off women. At least, having them in my bed. No woman is allowed there. I’ve been hurt both emotionally and physically and don’t want to go there again. And besides, I have someone way more important than myself to protect. Then, I saw her, and from the moment I set eyes on her, I knew there was something different about her. Something special. She sat next to me on the train and I couldn’t resist. I should have, and now I risk losing everything if I don’t stop…because my past has come back with a vengeance to haunt me. The last thing I need is another trainwreck.

Hold on to your seats for the steamiest ride you’ll ever take! When the past and the present collide, will fate derail Ari and Sarah or will it bring them to their final destination before they crash and burn? 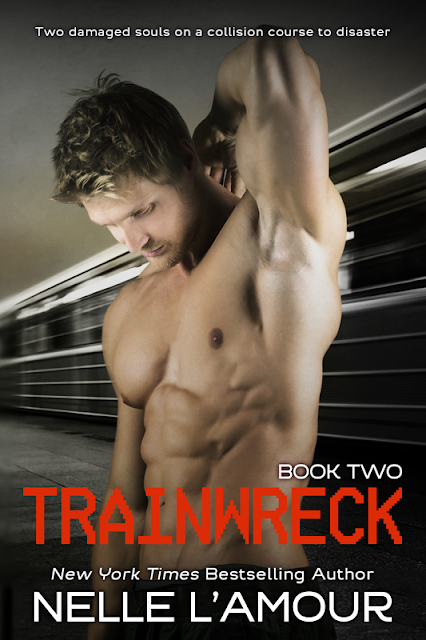 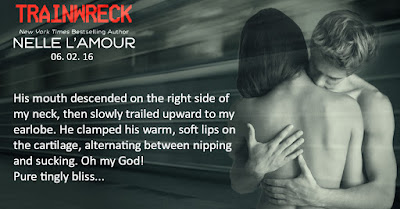 
Both books are FREE in Kindle Unlimited 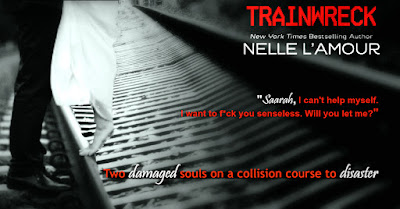 The door to the unisex lavatory located at the back of the Amtrak cabin was locked. That meant someone was inside. I tapped my foot impatiently, my head filling with the image of the blond, blue-eyed Adonis sitting next to me. Why couldn’t I stop thinking about him? These kinds of things never happened to geeky me. They were the stuff of novels and movies. Not my mundane all-work-no-play life.

“Hi.” A familiar velvety voice catapulted me out of my thoughts, and a waft of warm breath blew across the nape of my neck. I spun around.

My mysterious stranger. His crisp blue eyes burned into mine, making my temperature soar and my bones turn to liquid. What was he doing here? I suppose he had to go. I couldn’t stop that.

I turned my head away, and stared squarely at the bathroom door, praying silently that whoever was in there would hurry up. He blew hot air on my neck again and wrapped his arms around my waist, drawing me tight against his rock-hard body. A warm, hard bulge pressed against my buttocks. I was all twisted up with nerves and might need the bathroom more than I’d originally thought.

Finally, the door burst open in my face; a sour-faced matron barged out. Calling on every muscle in my body, I broke free of Trainman’s grip and hastily dashed inside. My hands shaky, I fumbled to slide the latch, but before I could get it through the lock, the door forcefully swung open.

“I couldn’t wait,” Trainman growled, pushing me against the edge of the sink. He pressed his hips tight against mine. I was trapped.

He leaned in close to me. A mix of his warm, minty breath and expensive cologne with its musky scent rushed up my nose. His eyes narrowed, turning into collectible slivers of blue sea glass. His mouth descended on the right side of my neck then slowly trailed upward to my earlobe. He clamped his warm, soft lips on the cartilage, alternating between nipping and sucking it. Oh my God! I didn’t know my earlobes could feel so much. The last time they felt anything was when I got them pierced in eighth grade. And that was pain. Pure pain. Now what I was feeling was bliss. Pure, tingly bliss…and the sensation was coursing through my entire body.

Still pressing me hard against the sink with his hipbones, he pinched my nipples between his thumbs and index fingers and then began kneading them in small circles, each rotation harder than the one before. Magically, the delicate buds puckered and peaked beneath my cotton tee. A new I-want-to-burst-out-of-my skin sensation gathered in the triangle between my legs. It was if my tits and clit were connected by a power cord. I moaned softly.

I rarely wore a bra because I really didn’t need one. My boobs never got past a small A-cup, the size of old-fashioned champagne saucers. Before I could say a word, that is if I could utter a word, he whispered, “Sexy.”

Me, Sarah, plain and tall, sexy? And this coming from this gorgeous beast? Pinch me. I must be dreaming this entire fantasy. As if on cue, he pinched one of my nipples again. My girl bits roared in delight. No, this was real. And it was happening to me. Sarah Greene. Art school graduate. Aspiring toy designer. Twenty-five-year-old virgin.

I stared at his breathtaking face. His eyes were cast downward. A sly smile tipped to the left made me nervous. In a good way.

While one hand continued to twirl a nipple, the other slid down my torso past my tight, twisted abdomen and under the elastic waistbands of both my skirt and pantyhose. His hands felt like hot velvet as they explored my inner thighs.

I never wore panties with pantyhose. Why bother? They were called pantyhose for a reason. And I confess, not buying expensive panties—and bras—saved me a lot of money. Money I needed desperately to visit my mother.

“Very sexy,” he said, enunciating each syllable, as his fingertips made their way to the triangle between my legs. They stopped to caress my patch of hair, stroking it as if it were a beloved pussy…cat.

“So soft and silky,” Trainman purred again as if I were auditioning for one of those look-at-my-gorgeous-hair Pantene commercials.

After a tug of a curled clump, his fingers crawled to the sensitive folds between my legs. They explored this new territory eagerly like someone who was searching for gold. And then he discovered it. The nugget. Greedily, he rubbed the pad of this thumb around his discovery with intense little circles that were driving me insane. I squirmed against the sink as a loud moan escaped my lips.

“Do you like this?” he crooned, picking up his pace and applying more pressure.

“It feels good.” That was an understatement. Holy cow! It felt amazing! Buzzing with intense pleasure, I wanted to jump out of my skin. My eyes caught a glimpse of him. A wicked smile crossed his gorgeous face, and his piercing blue eyes glistened.

“Saarah, I can’t help myself,” his voice all hot and breathy. “I want you.”

And despite myself, I wanted him. So badly I was panting like a dog in heat.

“I want to fuck you senseless. Will you let me?”

“Yeah, cool.” Cool? What was wrong with me? I was anything but cool. I was a total hot mess who couldn’t add one and one.

A pleased, sexy as sin smile played on his face. Still massaging my clit with his thumb, he plunged his long thick middle finger inside me. I gasped, not prepared for the shock of penetration. Shockwaves spread through my body as his finger slid up and down the soaked walls, each thrust deeper than the one before.

“Jesus,” he moaned. “You’re so fucking hot and wet for me. And you’re as tight as a virgin.”

I gulped. Should I tell him? Was I supposed to? Or would this confession turn him off?

As I contemplated what to do, he continued his ministrations, pumping me harder.

Dripping with my own wet heat, I gasped again, still not sure this was really happening. My core was aching for more. Desperate for it. Why was I not resisting?

“I’m going to take you now,” he growled.

Take me where? I didn’t want to be anywhere, any place but here in this cramped bathroom with this sinfully sexy mysterious sorcerer who was doing his magic on me. 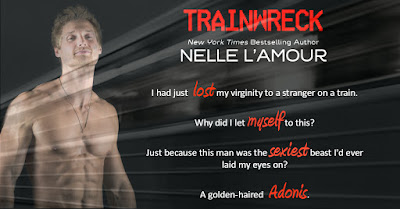 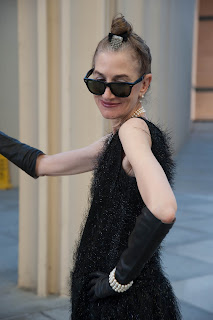 Nelle L’Amour is a New York Times and USA Today bestselling author who lives in Los Angeles with her Prince Charming-ish husband, twin teenage princesses, and a bevy of royal pain-in-the-butt pets. A former executive in the entertainment industry with a prestigious Humanatis Prize for promoting human dignity and freedom to her credit, she gave up playing with Barbies a long time ago, but still enjoys playing with toys…with her husband. While she writes in her PJ’s, she loves to get dressed up and pretend she’s Hollywood royalty. She aspires to write steamy stories with characters that will make you laugh, cry, and swoon and stay in your heart forever.

Her bestselling series include Unforgettable, THAT MAN, Gloria’s Secret, Seduced by the Park Avenue Millionaire and critically acclaimed Undying Love. Writing under another pen name, she is also the author of the bestselling fantasy romance series, Dewitched: The Untold Story of the Evil Queen.

To learn about her new releases, sales, and giveaways, please sign up for her newsletter and follow her on social media. Nelle loves to hear from her readers.