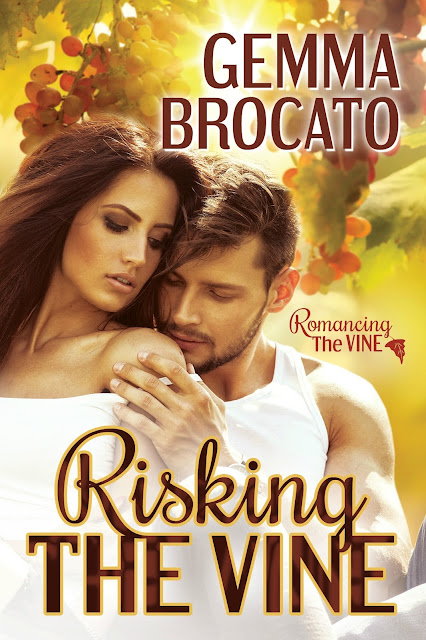 
Jacqui Bishop’s dating life is dead in the water, but her professional prospects look outstanding. Promised a management position, she embarks on a team building course at a northern California winery. Shocked when her boss promotes a less qualified rival, Jac opts to chuck her job and revive the family farm.

Luscious Luke Rossi has been banished to Team Vino to learn how to be the team player his boss wants. Once there, he finds he’d rather play on Jac Bishop’s team. But a labor dispute and a boss who only wants a yes-man forces him to leave Jac’s side.

As the daytime exercises give way to nighttime passions, Jac learns there’s more to life than a nine-to-five existence. But resigning her job and moving to a farm hundreds of miles from Luke could spell doom for the couple. Their affair will require teamwork of a different kind.

For Jac, the looming question is whether her budding relationship with Luke will thrive or die on the vine. 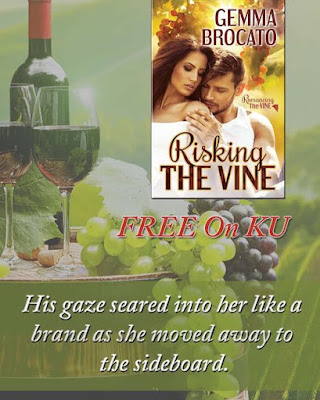 
Relief pulsed through her as Jules mentioned Luke had arrived. No offense to the insurance guys, but she was worn out with what little interaction she’d had with them. Jac paid scant attention to the conversation flowing around her as she sipped her wine. Nerves chased through her stomach at the idea of working for a week with Bella’s ideal of male perfection.

Footsteps echoed near the doorway to the dining area only an instant before the owner of them walked through.

She’d been instantly smitten with the man when Bella had introduced her to him last month. The attraction blossomed to life again. Luca Rossi was panty-dropping, ovary-exploding handsome. Bella’s nickname for him was well deserved. Luscious Luke, indeed. His short, dark brown hair curled and waved as if it had a mind of its own. Bright, inquisitive eyes didn’t seem to miss anything as he glanced around the room. His gaze slid past her, lighted on Jules, who remained standing next to her, then returned to Jac’s face.

A slow, sexy grin tugged the corners of his mouth. A faint shadow of stubble emphasized more than hid his square jaw. It was a strong face . . . perfect in the way it was put together.

Conversation around her faded into the background. Jac forgot to breathe for a second. A wave of dizziness swept over her. And, no, a lack of oxygen wasn’t the cause. Uh-uh, it had to be due to being this close to a living, breathing Roman god. Or because he continued to stare at her. He lifted a brow over gorgeous blue-green eyes and his smile broadened, allowing even white teeth to peek between full lips. 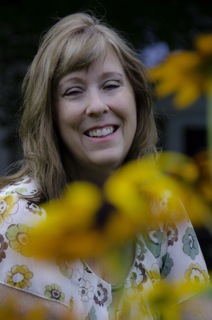 Gemma's favorite desk accessories for many years were a circular wooden token, better known as a 'round tuit,' and a slip of paper from a fortune cookie proclaiming her a lover of words; some day she'd write a book. All it took was a transfer to the United Kingdom, the lovely English springtime, and a huge dose of homesickness to write her first novel. Once it was completed and sent off with a kiss, even the rejections addressed to 'Dear Author' were gratifying.

After returning to America, she spent a number of years as a copywriter, dedicating her skills to making insurance and the agents who sell them sound sexy. Eventually, her full-time job as a writer interfered with her desire to be a writer full-time and she left the world of financial products behind to pursue a vocation as a romance author.