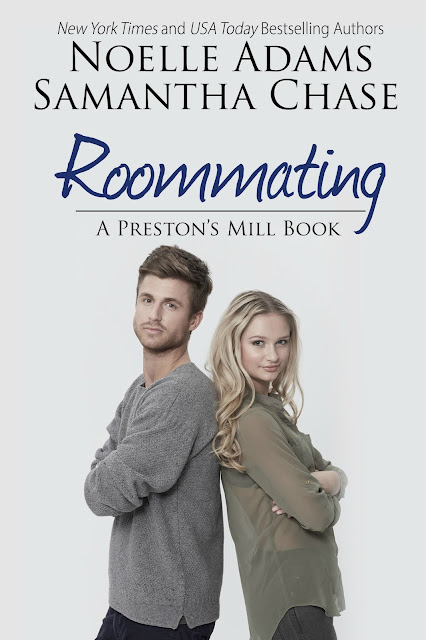 Forget all those other roommate romances you might have read.

Heather and Chris don't hate each other...very much. And they don't have sex all the time...at least not at first. Chris doesn't go around shirtless, flexing his muscles and driving Heather wild...too often. And he doesn't get jealous and possessive every time she goes out with another man...well, maybe occasionally.

But they definitely don't fall in love...right away.

When Heather comes back to her hometown, she plans to take over her father's historic restoration business and move into a beautiful converted apartment in Preston's Mill. Then she finds out she'll have to partner up with the one man she can never forgive. Chris Dole, who abandoned her father and betrayed her trust three years ago.

It gets even worse. They don't just have to work together. They have to become roommates for six months to prove they can get along. That means Heather will have to play nice with Chris and put up with his obnoxiousness, his drop-dead sexiness, and his ugly recliner named Flo.

She'll do what she has to do out of loyalty to her father, but she isn't going to like it.

At least not much. 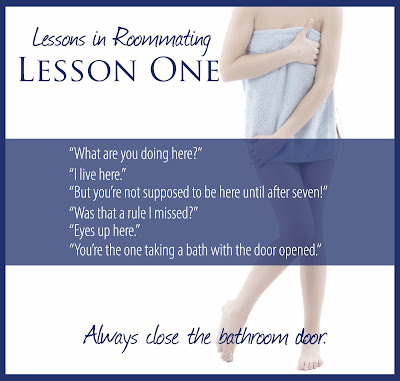 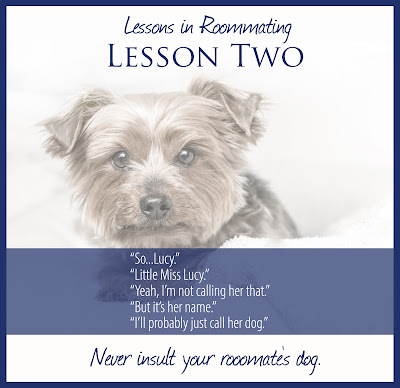 “Heather?” The male voice was familiar, but it was also shocking, since it was coming from the doorway to the bathroom.

The doorway to the bathroom!

Her eyes shot open, and she squealed when she saw Chris looking in, Lucy dancing ecstatically at his feet.

“What are you doing?” she gasped, trying to hide under the water until she realized that there were no bubbles to hide beneath. She’d only put in some lavender and honey scented bath salts. “What are you doing here?”

Chris blinked, his gaze focused decidedly lower than it should be. “I live here.”

“But you’re not supposed to be here until after seven!” Her mind shifting quickly into crisis mode, she grabbed her towel, which she’d fortunately placed within arm’s reach, and lifted it to cover herself as she stood up.

“Was that a rule I missed?” His voice was dry and gruff, as usual, but he was decidedly distracted, his eyes raking over her bare dripping legs and the damp towel.

She scowled at him and gestured to her face. “Eyes up here.”

He managed to raise his eyes to meet hers. “You’re the one taking a bath with the door open.”

“That was for Lucy!” She was flustered and embarrassed and also just a little bit excited, although that last reaction was probably just a fluke.

“She likes to leer at you while you’re naked?”

“No! She likes to come in and out. You weren’t supposed to be home until after seven.”

“Why do you keep saying that?” He seemed amused now, although his eyes did occasionally drift back down to her body. “I didn’t realize you’d given me a schedule.”

“Dad said that you were working at the Harmon job until after seven.” She managed to say this more lucidly, since she realized squealing wasn’t the best way to express her quite reasonable assumption.

“The crew is working. But there was no reason for me to stay there the whole time.”

Typical of him to slack off before the job was done. He was always walking away when things got hard. She decided not to say so, though, since she was genuinely trying to get along with the man. “I didn’t know that.”

“I can see that.” He frowned as he glanced around at the flickering candles. “Why do you have all these candles lit and the music on? I thought you might have someone here with you.”

Naturally, his mind would go immediately to her getting it on with some guy in their apartment. She gave him a prim little frown. “There’s no one here with me. I thought, since you weren’t here, I’d have a little private time.”

“Oh.” Something changed on his face. “Oh.” The second time, he drawled out the word, stretching it out far longer than it should have been.

It took her a moment to realize what he was implying. When she did, she gasped and hugged the towel to her more closely. “Not like that!”

Did he actually think she was in here with the candles and music, having a little fun with herself?

“Ah. Too bad. That would have been something to walk in on.” 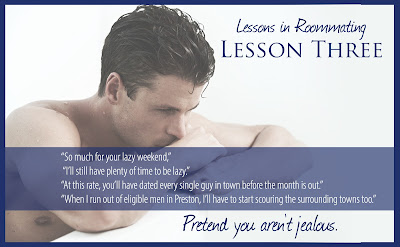 Noelle handwrote her first romance novel in a spiral-bound notebook when she was twelve, and she hasn’t stopped writing since. She has lived in eight different states and currently resides in Virginia, where she reads any book she can get her hands on and offers tribute to a very spoiled cocker spaniel.

She loves travel, art, history, and ice cream. After spending far too many years of her life in graduate school, she has decided to reorient her priorities and focus on writing contemporary romances.


New York Times and USA Today Bestseller/contemporary romance writer Samantha Chase released her debut novel, Jordan's Return, in November 2011. Although she waited until she was in her 40's to publish for the first time, writing has been a lifelong passion. Her motivation to take that step was her students: teaching creative writing to elementary age students all the way up through high school and encouraging those students to follow their writing dreams gave Samantha the confidence to take that step as well.

When she's not working on a new story, she spends her time reading contemporary romances, blogging, playing way too many games of Scrabble on Facebook and spending time with her husband of 25 years and their two sons in North Carolina.