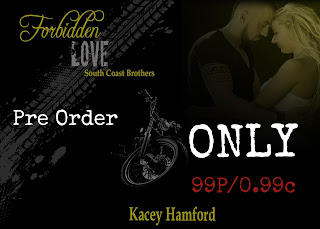 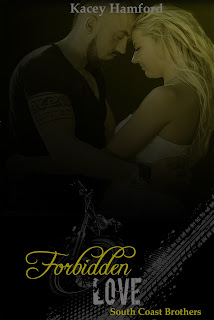 Synopsis:
When Ashlyn escaped the hell she was dragged into, she thought her life was over, damaged. Then came along the one man she couldn’t have. Never mind that he was the only person she had ever felt such a connection to, the only man she felt that she could trust. So what did she do? She denied those feelings, fought them. Because what use is a Forbidden Love to a broken girl?
Everything that had happened in Drake’s life had led to that exact moment and things were finally on track, being a prospect for the club that saved him made him more thankful than he could ever explain. The brothers, his family gave him the chance that no one else would. And as soon as he saw her he was willing to throw that all away. So decisions had to be made… His loyalty to his family or his love for the girl who he would give his life to protect. Even though it was Forbidden, Drake had never felt anything more real… 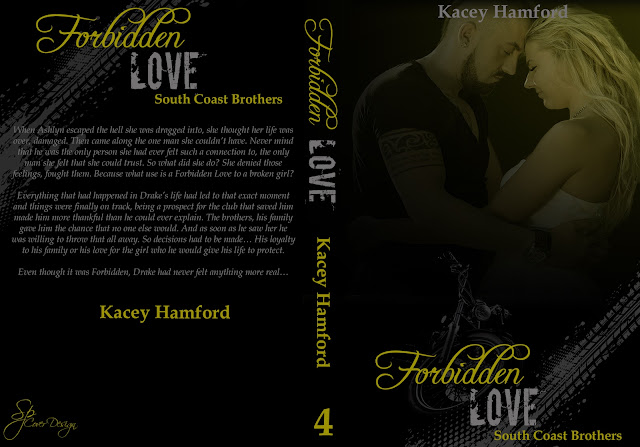 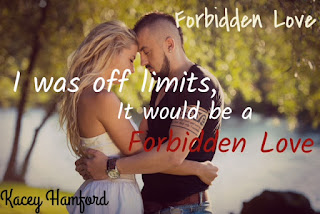 About the Author:
Kacey Hamford is a pen name for me (Kelly). I am in my thirties and started this journey in 2014, I love to read romance books about rockstars, so thought I would have a go at writing one myself. I really enjoyed it and got a boost of confidence once my books started selling.
I have gone on to write a young adult series, set in a college. The series is still on going.
I also have an MC series, it was something different for me to write and I enjoyed it so much, especially when I got readers telling me they would love to read books about the sub characters.
I work full time as a dog groomer, I love to read and my friends and family are very important to me. They are all so supportive of my writing career and encourage me to carry on.