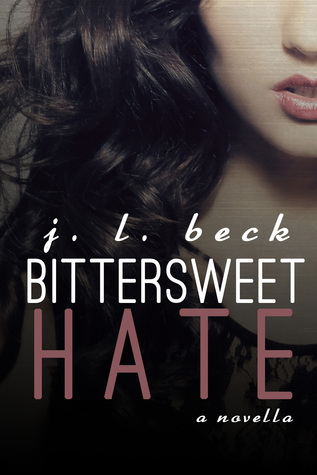 Warning from Author: This isn't your typical romance story. This book contains strong sex scenes, lots of bad language and things that might not be suitable for all readers. Reading this novella may cause uncontrollable heartache, loss of voice, and damage to ones reading device. Proceed with caution, for you have been warned. This is book one of Corey and Mimi's story with the second book releasing in October.

What happens when fire meets gasoline?

That’s all it took was a spark. One kiss and I was hooked. I wanted to hate Corey Winchester more than anything and most days I did. He was an arrogant asshole, and bully. He didn't know the first thing about love but yet here I was falling into his lap.

Then things changed. I changed. Someone broke me, and he was there to pick up the pieces showing me a part of him I had never seen. Compassion, trust, and love. I wanted to hate him, with everything in me I wanted to look at him and feel nothing but I guess love and hate can’t coincide together.

What happens when you think you know someone? Like really know them?

Turns out we didn't know each other as well as we thought.

Turns out if you play with fire for too long you, you will in fact get burned.

My names Mimi Jones and this isn't a fairy tale.

Mimi is a full blown prankster and often gets carried away with the pranks she plays on others. If the truth is known, Mimi is a girl with an attitude problem compounded by anger issues.  She had already used some of her best moves on Corey when he blackballed her best friend Jenna in high school. Mimi is the girl you don’t want to be on the bad side of because her first move would be to take you out!  Jenna is her BFF and the good girl that can’t hold a grudge and will forgive anyone, even those that have really hurt her. There is a love, hate relationship between Corey and Mimi that sizzles hot through this book. They have succumbed to each other’s allure twice and Mimi promises herself that it will not happen again.  She belongs to Mimi and no one else!

Corey has always been a playboy with a twisted sense of angry retribution that often gets him and others in trouble.  He is attracted to Mimi and would like to put the past in the past but Mimi is having none of that!  She considers him her enemy and will not let him anywhere close to her.  Corey has tried to call a truce between them but Mimi doesn’t believe him and wonders what he is up too.  The chemistry between the two of them is smoldering below the surface waiting to erupt and consume them both.  Can he convince Mimi that he is serious about her? Is Corey his father’s son in all the ways that count?

Corey wants Mimi and is willing to work to get her to look at him as more than someone who did her best friend wrong!  Will she forgive him and give him a chance?  Or will the past keep them apart?  Read this book and get some surprising answers! Find out if Corey is really playing Mimi or telling the truth.

Would I recommend this book: Yes! This book is for all of us that remember those days of transition from high school to college! Parties, drinking and hot sex are just a few of the things you will find inside the pages of this novel.  It is sometimes funny, sometimes sad but all the time worth reading!

Would I recommend this author: Yes! I enjoyed the first two books in this series and the author only got better each time.  The third book in this series is really amazing and beautifully written.  Can’t wait to read more from this remarkable author and find out what happens between Corey and Mimi!