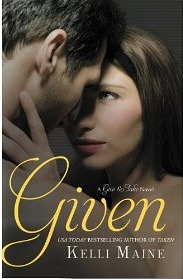 For Merrick and Rachael, Turtle Tear Island has become their own private paradise with days of unimaginable bliss and sizzling nights in the bedroom-and beyond. But Rachael and Merrick's happiness is shattered when his daughter, Nadia, suddenly becomes increasingly demanding of his time and devotion. It soon becomes clear that Merrick will have to make an agonizing choice: the woman whose love saved his tortured soul or the daughter he never knew existed . . .

Rachael can't stand the thought of losing Merrick after everything she's sacrificed to be with him. She had thought she and Merrick were done with secrets, that the passion that burned so brightly between them had forged an unbreakable connection, but she begins to wonder if she ever really knew the man at all. Now the love they've fought so desperately to protect may not be enough to save them . . .

"I would always jump through hoops, cross mountains, swim seas to give her everything she wanted and needed.  I'd never known love like this before Rachael."

Merrick lifted my chin to look in my eyes.  "Like I said, I'm plugged into the universe when I'm inside you.  That can't fade.  It's the most powerful feeling I can imagine."

I was conflicted from the beginning on where this story was headed.  Merrick is an entrepreneur whose father tried to cripple him financially as well as emotionally.  Rachael is an architect, who is in love with a man and will do anything to keep him.  It really made me leery with the fact that Merrick, who is only in his mid 30's has twin 21 year old children.  So right off the bat there is the stigma of WTH!  As I began to read and delve into the story of Merrick and Rachael, I was left feeling like something was missing.  I think I was just expecting or hoping to be captured in some way.  I didn't feel a connection to the characters.  There was passion and heartache, a perfect match for a romance novel, and the steam between the two lovers was adequate.  The romance took a few twists and turns and ended in a way that appeased me, but didn't rock my world.  A few quotes from the book were very substantial, which lends to the fact that it is very well written.  In the end, I was left with the feeling of apprehension and longing.  I just wanted, no needed to feel more from the story.  I think it had great potential, but I was just not as impressed as I'd hoped...Grēta

Would I recommend this book: Yes!
Would I read other books by this author: Yes!

Buy this book on Amazon