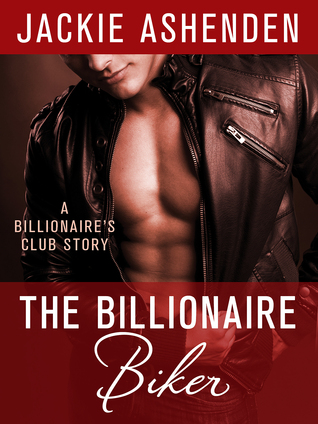 The Billionaire’s Club: a fabulously sexy contemporary series about some of the world’s wealthiest, most powerful men and the women they claim…and keep. Wild and reckless, and more at ease with his biker gang than his business partners, Sean Morrow has always longed for Abigail Prescott, whose life he ruined when an innocent friendship turned into a night of red-hot passion back when they were in high school. Now that his brother, Jax, has decided to hire Abby to work for the Morrows, Sean can no longer ignore his old demons—or his desire. It took Abby time to get over Sean Morrow…and then he walked back into her life. And even though she can’t forget the pain, she can’t stop fantasizing about their one erotic encounter…and she still craves his touch. What she feels for Sean is deeper than need. It’s pure, blind lust—and the feeling is mutual…

Sean is the result of an affair between a married man and a single woman.  He has always felt unwanted and never a part of his family’s life.  Not good enough, not smart enough, just not enough.  So when his best friend Abigail gives him herself he runs and never looks back.

Only Master Aidan could command her focus like this.  She heard nothing or no one but the sound of his footsteps.  She sensed only him.  Every move he made, everything he did, left her acutely aware of him.

Sean becomes part of a motorcycle club and works his way up to enforcer status.  He finally feels like he belongs.  All is well until the club decides to go to the dark side and Sean leaves to roam. Then Sean is called home because of his father’s illness.

We’re putting the past behind us,” Jax said.  “To make Morrow the legitimate, straight-up family business it always should have been.  And part of that means we need to come together again.  Stand together as a family.  You’re part of that family Sean.  We need you back here with us.”

His brothers want him to stay and be part of the company and are willing to do anything to make it happen.  Including bringing in Abigail to persuade Sean to stay and work for the company.  Abigail drops a bomb on Sean, telling him of her lost pregnancy and how her parents kicked her out when he left.

Sean. Her best friend.  Her first lover.  And the boy who’d left her right when she’d needed him most.

Sean agrees to stay and try to be the man his family and Abigail needs.

Abby met his gaze.  “I didn’t go to Vassar because I was pregnant Sean.” His eyes widened.  He didn’t say a word.  “My parents kicked me out, and then I lost the baby.” “When?” His voice was a croak.  “When? About three months after you left.” “Abby-“ Yes,” she said.  “the baby was yours.”

Can Sean and Abigail put the past behind them and move forward?

Would I recommend this book: Yes! This book has it all.  First love gone wrong then found again and made right.  It has a lost boy that finds his way home!

Would I read other books by this author: Yes! The author knows how to tell an original story and make you want to read another one.