Review: Shelter Me (Shelter Me #1) by Kathy Coopmans 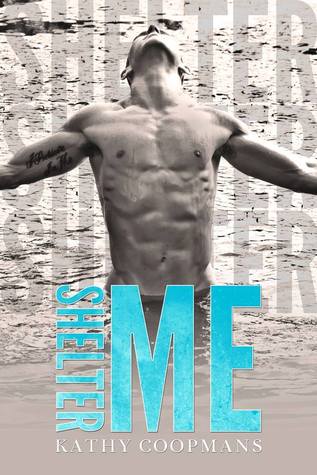 At the young age of nineteen, Shayne Andrews thought she had it all. She had the love of her life, her high school sweetheart, and a bright future ahead of her. That is, until one day he just disappeared, leaving a note as his only goodbye. With her heart shattered and broken, Shayne did the only thing she could. She left her small town on the shores of Lake Michigan to start her life over, needing to distance herself from the memories she and Luke had made. At that time, she vowed to herself that she would never return to her hometown again. Seven years later, Shayne realizes that fate is not on her side as she returns home for her aunt’s funeral, bringing back the one secret she swore to protect.

Luke Schavone has regretted every day that he had to leave Shayne behind. Though he didn’t have a choice, his heart still bore the scars from the impact. After five years, Luke returned only to find that Shayne was gone. His best friend was the only lifeline he had to finding her, but Adam wasn’t talking. When the one thing Luke has wanted everyday for the past seven years runs right into him one night, he becomes determined to make sure he doesn’t lose her again.

At first, Shayne is hesitant. She wouldn’t be able to survive losing him again, but the pull toward him is so fierce, she can’t deny herself the chance. With the decision to start over, Luke and Shayne must admit truths and come to terms with the events that forced them apart in the first place. When secrets are revealed and old threats come to pass, will Luke be able to shelter Shayne from the destruction, or will she become lost to him forever?

Do you believe in soul mates?  In that one person that is meant to be your forever after? In this first book in the Shelter Me series by Kathy Coopsman that is question. In Shelter Me Ms. Coopsman’s main characters are star crossed lovers that are torn apart by circumstances that they can do nothing about.  After seven years they are brought back together, but will fate be on their side this time?

Secrets in a small town are almost impossible to keep.  Shayne has hidden a secret for the past seven years with the help of her family.  She moved away seven years ago and had not returned once until the death of her beloved aunt.  The woman that had taken Shayne in and raised her as her own daughter was more of a mother to Shayne than her biological mother.  She had promised herself that she would never return to her hometown.  The memories of the man she had loved and been betrayed by were everywhere and unavoidable in that town.  Now, she had no other choice but to return and help her cousin with arrangements for the funeral. It was hard enough to return but when she is confronted by her past, will she be able to survive? Survive seeing the man she had loved with every part of her being!

So many secrets and so much heartache had been Luke’s constant companion for the past seven years.  The loss of the woman he had loved with his whole being had been ruthlessly torn from him.  After years in exile, he has finally returned home only to find that Shayne is gone.  No one will tell him where she is, even her family refuses. When her aunt passes away, Luke knows that she will have to return.  Will she give him a chance to explain about where he has been? Why he had to leave the way he did? Or has he lost her?

When Luke confronts Shayne and asks her to listen to him, to let him explain, it almost breaks her again.  Should she take a chance? But she has secrets too.  Will Luke understand when she shares and tries to explain?  Or will he walk away once again and leave her broken and in pieces like the last time? Read this amazing love story to unravel the secrets that are hidden within its pages.

Would I recommend this book:  Yes. True love is never ending and has limitless forgiveness.  This is a book about that kind of love and the HEA that to lovers find against all odds.

***Received an ARC of this book from the Author in exchange for an honest review***
Posted by Anonymous at 7:00:00 AM