Book Recommendation and Review of Angel's Kiss by Lynne Stevie 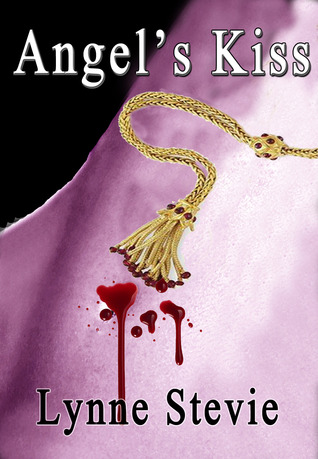 Alexandria Hayes-Lewis was blessed with the perfect life. By day she managed her family’s detective agency in Seravan, the beautiful beach town where she was born and raised. By night she made love to her devilishly handsome husband.

A brutal attack awakens a deeply hidden family legacy: a superhuman strength and vitality. Not only is she stronger—her gift also increases the power of immortal beings. With the secrets of her heritage unlocked, and her legacy revealed, Lexie becomes the prey.

Terrified by changes she doesn’t understand and sensual nightmares she can’t control, Lexie desperately searches for ways to harness the power flowing through her veins. But when people die and her family is threatened, she takes the ultimate step against those who want to shield her, those who want to possess her, and those who want to kill her. In a frantic bid for freedom, she enlists the help of an unusual guardian and an ancient weapon.

Will it be enough to save her?


“All journeys have secret destinations of which the traveler is unaware.”

This is the first book in the Dark Angel series by Lynne Stevie.  It is an introduction to an unexpected view of the immortal world.  This is the story of Alexandria Hayes-Lewis and the life she thought she had but was not a part of and the immortal world that she really belonged too! Hold on to your seats as Ms. Stevie takes you on a journey of discovery that holds the answer to that age old question who am I?

Have you ever wondered why something happened to you and why it happened the way it did?  Alexandria is a happily married woman that married her college sweetheart.  She works with people she respects in a detective agency founded by her father.  While working on a case she is attacked by a being that she cannot explain who or what he is.  During the attack she exhibits strength that allows her to escape her would be assailant.  How did she escape?  How did she end up on the roof top of a building? Does her grandmother have the answers she is looking for?

Why are her dreams becoming more than dreams?  Who is the man that is controlling her dreams and giving her so much pleasure?  These are questions that Lexie tries to answer and at the same time protect those she loves!  You will not want to miss this amazing excursion into the world of paranormal romance that Ms. Stevie has created!

Would I recommend this author: Yes! This is an amazing paranormal love story written with an unexpected twist. The characters are well developed and catch the imagination of the reader. Ms. Stevie’s book is filled with unusual explanations and new versions of old immortals and how they fit into the human world.