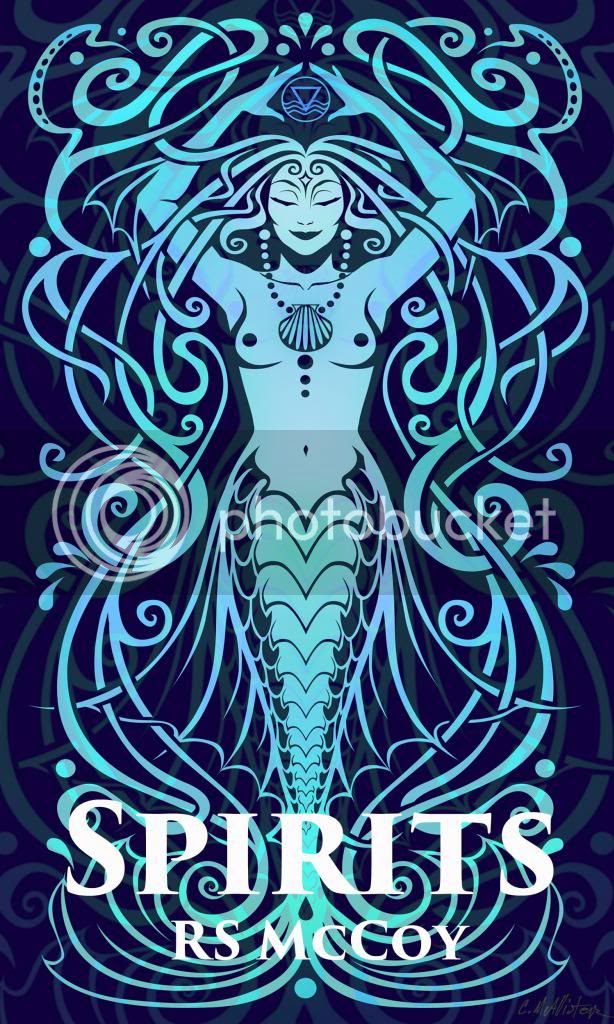 –and his only light in the night–declares human sacrifice to be a necessary component of the island culture, forcing Lark to assert his disapproval. For the first time, the unifying bond he shares with her isn't enough to keep them together.


With his mentor at his side, Lark's only hope to stand against the queen and avert a future of death lies in his unexplored ability to manipulate physical elements of the world. The two men search out the spirits that control water, fire, and wind in hopes of ending two thousand years of violent traditions before rival nations invade. 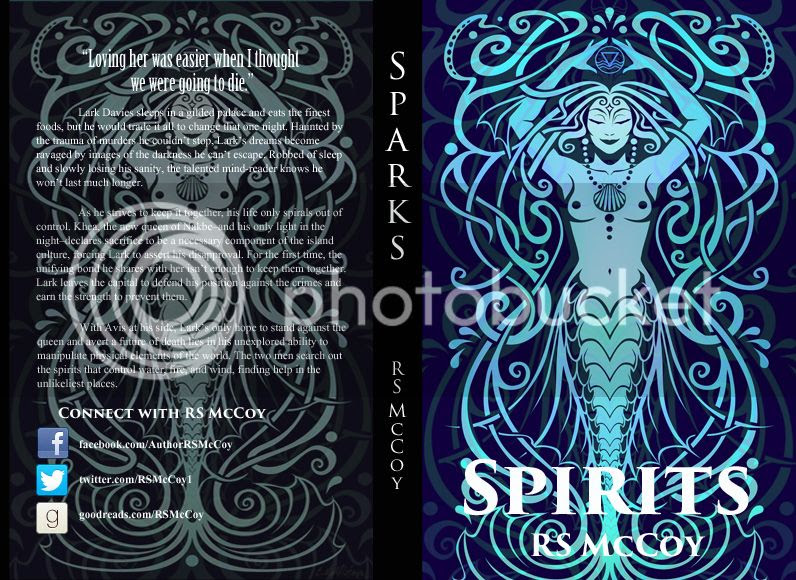 Overall Rating: 4 Rockin’ ★★★★
Spirits by RS McCoy is a mystical story about love, and finding oneself. The author continued developing the characters from the first book, Sparks. In that, the characters grow, especially Lark. In a search for answers to the ever looming darkness that has surrounded his soul, Lark and Avis set out on a journey to develop and understand the other sparks that are imbued upon Lark because of his Affinity with love, Khea. Lark is on a quest. He is searching to learn how to control all of the gifts he has been endowed. However, he has to leave the woman he was meant to be with for eternity. Lark had to leave though, he was drowning in his own shadows and he had to learn to control it so he could be with her again…Khea, and the child they are expecting. Setting out on his journey with Avis, his mentor and dear friend, Lark seeks out the gods, and spirits. Again, this story rocked me to the core. It is such a beautiful way to reveal magic and mystics while turning it into an amazing story. I really enjoyed following Lark and Avis on their journey to help Lark find his destiny. I look forward to finding out the rest of the story in the books to follow! Beautifully done, RS McCoy! ~TSRBR Hero - Lark Davies 4.5 stars Heroine - Khea Fisher 4.0 stars Steam Level: 3.0 stars Plot: 4.5 stars Cliffhanger: No Would I recommend this book: Yes! Would I read other books by this author: Yes!

RS McCoy didn’t ever plan on being a writer. With a career teaching high school science, writing is the last thing she expected. But life never goes the way you think it will. While battling cancer, she picked up her laptop and let the words flow out. One year later, her first published fantasy novel has been released on Amazon and her second novel is in the works. She is a wife, mother of two, a scientist, baker, gardener, and life-long science fiction and fantasy addict.