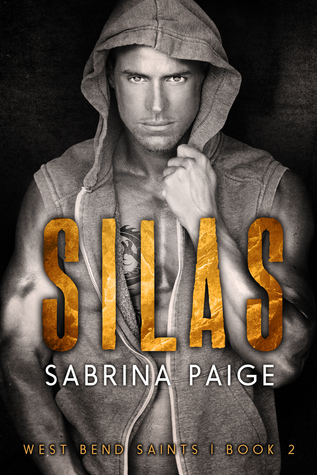 Tempest
Call me Robin Hood.
I’m a grifter. A con artist.
I don’t steal from the rich. I take from the worst of the worst, the people who deserve to be hustled.
I have two rules - keep moving and never fall in love.
I only ever thought about breaking them for one boy. And that boy just walked right back into my life, a ghost from the past. Silas Saint.
Now he’s a man. Arrogant and sexy as f**k, he’s sure as hell not the person I fell in love with, a lifetime ago.
But when he touches me, it’s enough to make me forget my own name. He makes me want to break all my rules.

Silas
I’ve been fighting as long as I could remember. Sh**, I think I came out of the womb swinging. I even tried to go legit until trouble sent me out of Las Vegas and back to West Bend.
I never expected a different kind of trouble to come waltzing back into my life, all curves and tattoos and sass. Tempest Wilde.
Any idea what “tempest” means? A violent f**cking windstorm. That’s s**t I don’t need.
I loved her once, a lifetime ago. Before I knew better.
Love is for suckers, and I’m sure as hell not a sucker.
But the way she looks at me? It makes me want to give her everything I have.

Have you ever met the one person you knew was meant to be yours?  Then without an explanation she up and leaves, without a trace or a single reason why.  You begin to question if you were good enough, could anyone ever love you?  In Sabrina Paige's book, Silas from the West Bend Saints series these are just a few of the complications that arise throughout the novel.  The author continues with Silas, Elias' twin and integrates all the characters that we came to know and love in the first West Bend Saints book, Elias, into her newest endeavor.

Silas Saint has been a fighter all his life, emotionally growing up and professionally in adulthood.  With such a screwed up family, he took the first chance he got to get out of West Bend after high school.  However, things didn't quite end up like he planned.  Seven years ago the girl of his dreams walked out without saying good-bye, and changed his life forever.  As fate would have it he sees her again, but this time he plans on never letting her go.

Tempest Wilde is a grifter and a con artist like her parents.  But she doesn't run a con on just anyone.  Tempest and her team go after the corrupt, big companies or CEO's who have hurt the little man and don't care either way.  A modern day robin-hood, Tempest vowed to not be like her parents, even if she lives the grifter life.  During her newest con, she runs into the one man who made her want to stay in one place, the one man who held her heart, the one man she walked away from seven years ago, but thought about everyday...Silas Saint.

This is a gracefully interlaced story of passionate love, heartache and sadness, mixed with a story that builds the mystery’s intensity of who done it, for the Saint brothers.  I enjoyed this story.  It was full of twists and turns that kept me on edge.  At the end, I was hanging on, anticipating what was coming.  Leaving me guessing what would happen next, the story carries over into the next West Bend Saints book, Luke.  Fight on, Sabrina!