~Release Blast: Going Under and Shallow~ 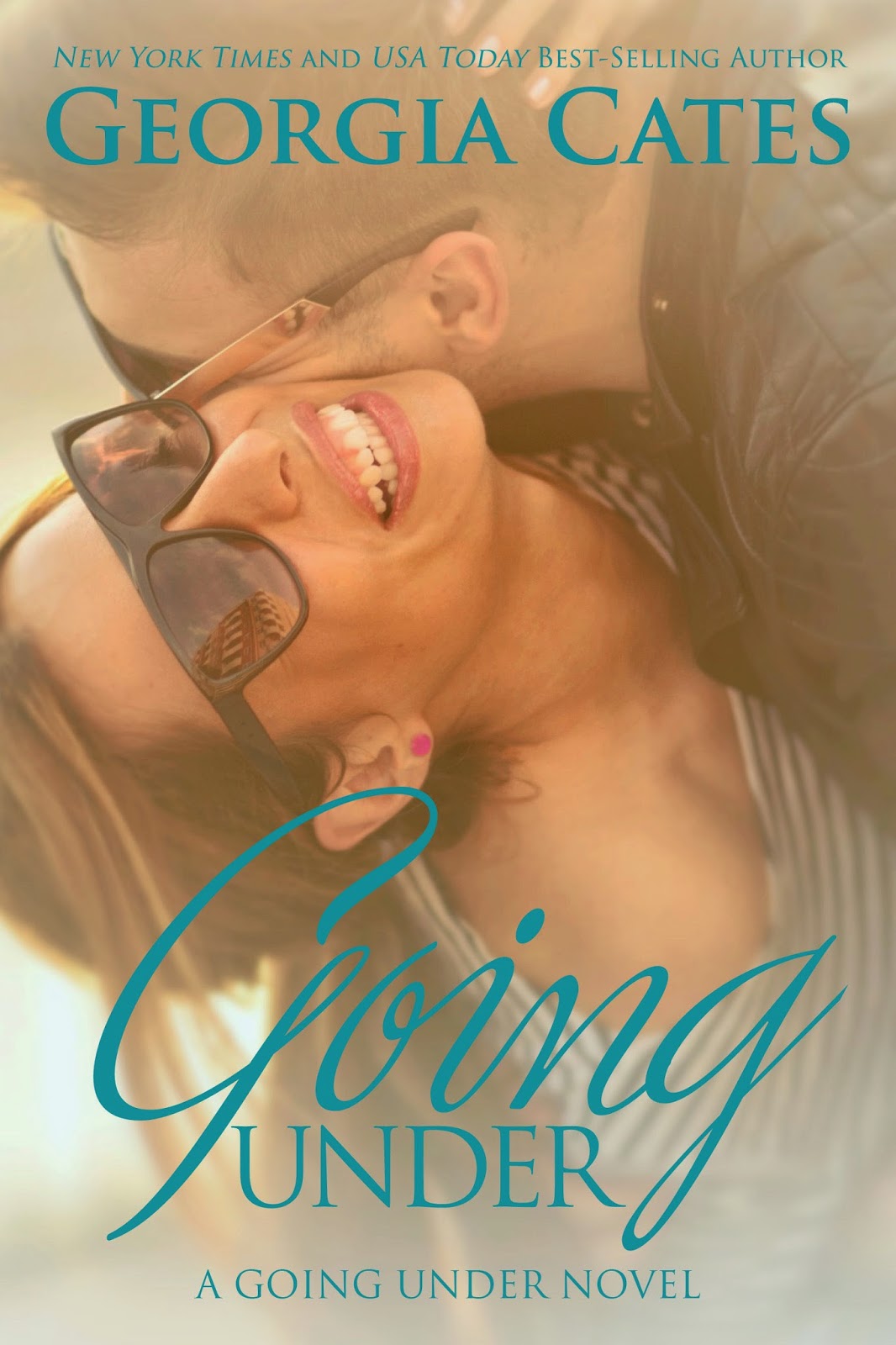 Jesse Boone is a self-proclaimed bad boy and doesn’t march to the beat of anyone’s drum but his own. Growing up in less than desirable circumstances has made him no stranger to the hard knock life but his determination to leave it behind is fervent. He sees an opportunity to snag a college football scholarship when he’s transferred to East Franklin High School but Forbes Henderson has other plans. The player Jesse intends to replace doesn’t plan on giving up his spot as starting quarterback so a rivalry is born. Jesse is determined to show his nemesis that he’s not only going to take his position as first string quarterback, he’s going to take his girl, too.

Claire Deveraux is perfection at its best. She’s beautiful, intelligent, and unaware she just became Jesse Boone’s conquest to settle a score with her boyfriend. Like her flawless performance as the perfect daughter and student, Claire’s production of being the perfect girlfriend has everyone fooled, except Jesse Boone. She fears this tattooed bad boy will see her secret desire to explore his crude threats and promises of rocking her perfect world. If she decides to give in to one uninhibited moment with Jesse, will she learn too late that it was all an act of vengeance or will Jesse learn that the taste of first love is sweeter than that of revenge?

Once we’re started on the assignment, I catch Jesse staring at me. Suddenly self-conscious, I run my palms down each of my cheeks. “What are you looking at? Do I have something on my face?”

“You do.” He reaches out, grazing the back of his fingers against my cheek. “You’ve got a little beautiful right there.”

The heat rises because I’m not used to such direct compliments. Forbes doesn’t do romantic. He’s too busy planning how he’ll get what he wants from me.

He’s daring—and I love it—so I decide to return the boldness. “You have no idea how much.”


He isn’t going to back down. I see his determination but as I recall, he warned me about that. “I bet I have a pretty good idea since I probably want to kiss you just as much. Maybe more.”

We’re alone—most likely safe from being seen—but not guaranteed so it makes it so much more exciting. The thrill of being caught by someone makes my heart pump faster. I look into his pale blue eyes, willing him to lean forward and take the kiss I’m prepared to give him.

“Then stop talking about it.” I know the sure-fire way to seal the deal. “I dare you.”

Bingo. I see it in his eyes. He’s in full-on badass mode. “I warned you I don’t back down.”


I imagine him leaning forward to steal a quick kiss but he doesn’t. He takes my hand and leads me across the library. He looks in every direction before opening a door and pulling me into a storage room I didn’t know existed. He shuts the door behind us and locks it.


He places his hands around my waist and pulls me close, our faces almost touching. “Believe me yet?”

He places sweet, soft kisses on my lips and my legs threaten to crumble beneath me. His mouth migrates to my neck and up to my ear where he sucks my lobe. I let him because I know the door is locked. 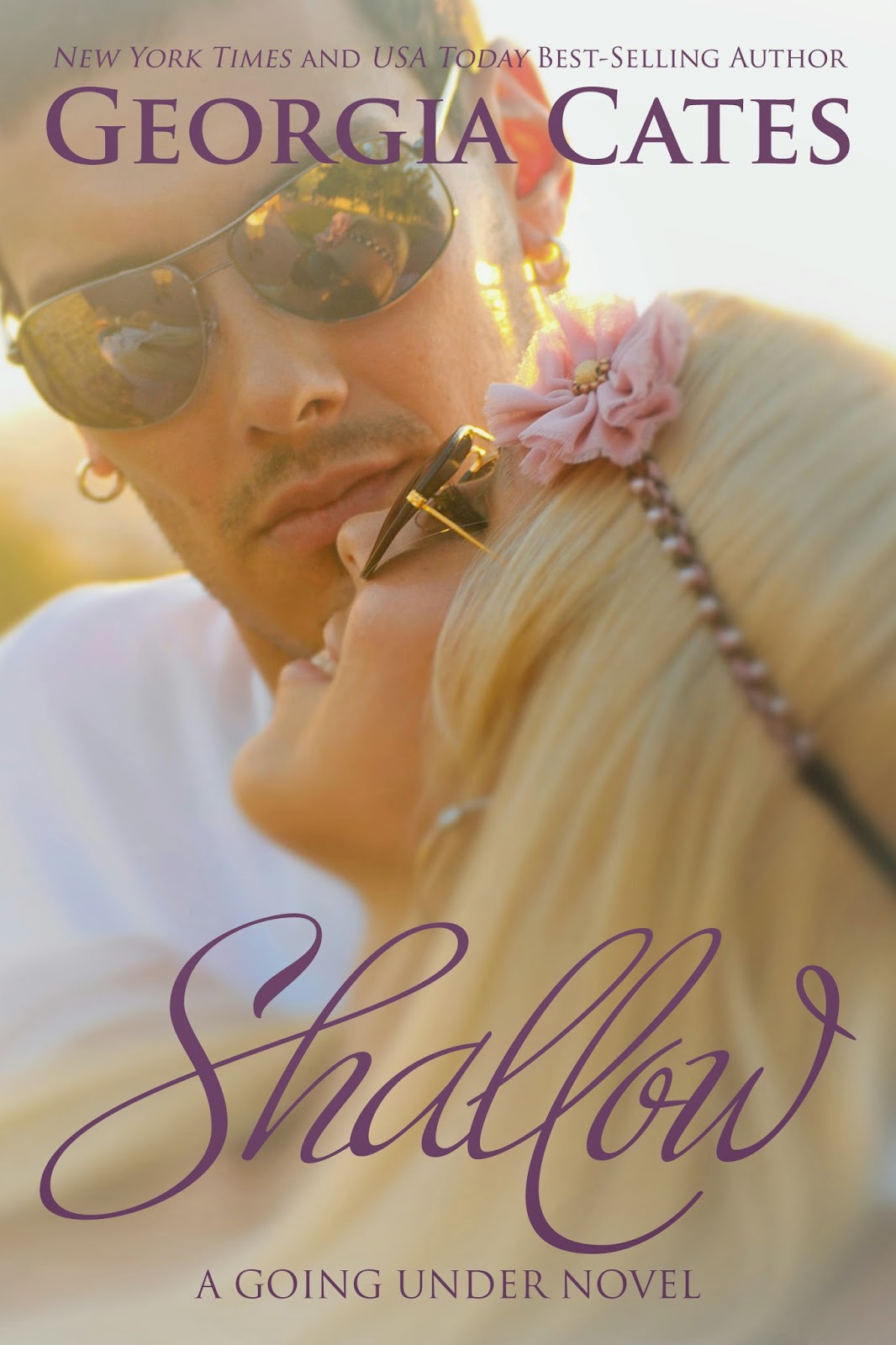 Nick Hawke wants his car fast and his girls faster. He blows through them quicker than his muscle car races down the drag strip in Collinsville and he wouldn’t have it any other way. He’s determined to avoid the devastation he has watched his father endure in the aftermath of his mother’s abandonment. He believes there is no room in his life or his heart for a relationship lasting more than one night. He seeks happiness in things that won’t let him down––fast cars, adrenaline highs, and one night stands. All of that changes when he unexpectedly runs into an old friend and is introduced to Payton Archer, the first girl he ever wanted for more than a night. There’s only one catch––she’s completely immune to him and his smooth talking ways.

Payton Archer is looking for love––the true, mad, deep kind. She’s given up on finding it, at least until she leaves for college because she’s certain that is where she’ll find the ideal guy to fit into her perfect world. Her summer plans include nothing more than three uneventful months of fun but it turns out to be anything but ordinary when Payton meets Nick Hawke, one of Jesse’s old Collinsville friends. She’s shocked by her immediate and intense attraction for “Hawke” because nothing about him is on her checklist for the perfect love. Sure, he’s hot and sexy but he comes from Collinsville and that is definitely not on her list of prerequisites. Everything about him makes Payton’s heart speed. He’s exciting and dangerous but his fast car and chance taking aren't what scares Payton the most. It’s the way Nick Hawke makes her feel every time he looks at her. Can Payton find the courage to leave the safe, shallow end of love and risk going under completely?


I lick my lips as I look at her shiny gloss, imagining how soft and slick her mouth would be against mine. I’ve never wanted to lean in for a kiss so badly in all my life. Being at the top of this Ferris wheel with her couldn’t be more perfect but I can’t do it. I’m too scared.

I’m Nick Hawke—a sexpert and fearless daredevil—but that doesn’t matter. I’m too chickenshit to kiss this girl because she’s wonderful and perfect and different—everything I never knew I wanted—so I don’t want to blow it by pushing too hard, too fast.


The wheel stops to load another couple. “I’m sorry I didn’t say this already, but thank you for taking care of my drunk ass last night. I didn’t think I’d get wasted after two drinks. Guess I drank them too fast.”

I reach for her hand and give it a squeeze. “I didn’t mind. It was my pleasure—puke and all.”


She shakes her head while looking down. “Liar.” She laughs. “The whole thing with Cooper was stupid. I guess I tried to make him be my version of Jesse. I know that’s a weird thing to say. I’m sort of messed up that way.” She looks up at me. “I’m sorry. I don’t know why I told you that.”

Claire’s right. She’s seeing her relationship with Cooper for what it is.


All the carriages are loaded so we rise and fall as the wheel rotates. A gust of wind picks up as we soar to the top. A wild strand of hair blows into her face, sticking in her lip gloss. I can’t resist the excuse to touch her so I reach forward to set it free.


All I can taste and breathe is this moment with her. Our time together will be over soon and I don’t want to go home without telling her I have to see her again.


I twirl the wild strand around my fingers before tucking it behind her ear. “You told me you wouldn’t go out with me because you were looking for something different, but you’re here with me now.”

A painful expression crosses her face. “You’ve been really sweet to me and I’ve had a wonderful time with you tonight—as a friend—but we can never be more than that. You’ve gone through too many girls.”


“I used protection every time without fail. I swear I haven’t caught anything, if that’s what you’re worried about.”

She’s blushing. Shit. I think I’ve embarrassed her. “I’m glad to hear that you had the good sense to practice safe sex but that’s not what I mean. I’m looking for something lasting and you’re looking for your next romp.”

She has this all wrong. “I know that’s what you think, but I’m not.”


“You are, and I’m a quest. I won’t flip on to my back for you and it’s driving you crazy because it’s new territory.”


“It’s only a matter of time before you grow tired of me and move on to the next chase. If we leave well enough alone, we’ll walk away from this unscathed. We might even be friends.”


I want to be so much more than friends. I want Payton Archer for reasons other than sex.


I am being honest with myself about what I really want for the first time in a long time.


“You’re wrong, but it’s going to take a while for you to see that. In the meantime, I’ll take your friendship.”

a Rafflecopter giveaway
Posted by Anonymous at 5:00:00 AM