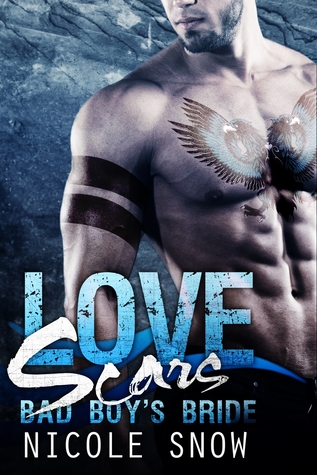 The worst night of my life just got worse. Nobody explained why I've been dumped in this run down house, or who this hulk with the filthy mouth is. All I know is he wants me, he says I'm his, and I'm ignoring my instinct to run like hell.

When he pulls me into his embrace, I want to push closer to his warmth, his strength, his vicious tattoos.

Can I trust him? Can I trust myself? Or will obeying his wicked words confirm all my worst suspicions?

So sweet, so pure, so confused...I almost feel bad about claiming her. Almost.

Too bad she's a Rossini, and I don't regret making her old man sign her over to me for one second. I was born a Strelkov, a killer and an outlaw, and I second guess nothing.

The instant my hands are on her, I know I've made the right choice. The crazy ache in my lips when they're not on hers doesn't lie. Revenge is a dish best served hot, sweaty, seething with passion, and Anna's tonight's special.

Yeah, she's gonna flip when I shove the wedding contract in her face. But I'm gonna make her my wife in every nasty, beautiful, permanent way I can, even if it means adding a few more scars to my skin and Anna's heart...

Nicole Smith owns the pages with her steamy words and sexy alpha males.  This book is a welcome addition to anyone's library.
Posted by Anonymous at 6:50:00 AM