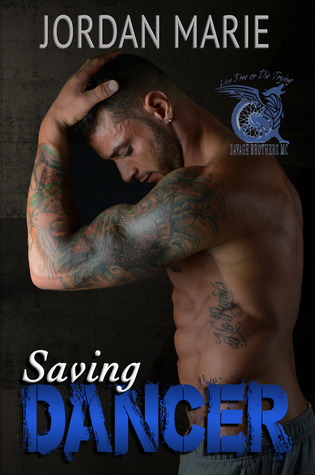 I’ve been in love with Jacob Blake since he picked me up in his strong arms. He held me close and promised me everything would be okay. I knew then, I had met the man who would own my heart forever.

I was five years old.

As the years went by, the need and longing for Jacob only increased—at least on my side. Jacob has never seen me as more than his kid sister’s best friend.

I’ve spent my life chasing after Jacob and trying to make him see I’m more than just his sister’s little friend. I never dreamed that by trying to show Jacob how much I loved him, I would also destroy him.

One night...one night that held so much promise, but ultimately destroyed the man I love and broke him in so many pieces, that I don’t know if he can be mended back together.

I’m finally home. Out of the hell hole I had been trapped in since killing another man. With the thrust of my knife everything changed.

That night I ended two lives, the scum who had been trying to rape my little sister’s friend... and my own. The other man got the easier out. I live and breathe in a hell I’ll never escape.

My brothers look at me with pity in their eyes. It cuts my insides out.

There’s trouble in the club, trouble all around us and I have to get my head straight. I have to be able to help them. Trouble is, I can’t even help myself. I just keep piling the mistakes up.

Now it’s another night that’s haunting me--a night that I keep repeating even if I shouldn’t.

I’m so trapped in the darkness that I can’t stop myself from going back because she is light.

She wants to save me. You can’t save something as lost as I am.

I’m going to destroy her.

Overall Rating:  5 Rockin’ ★★★★★
Anger, pain, sadness and despair are prevalent in Jordan Marie's newest release, Saving Dancer.  This is the second book in the Savage MC series and the continuation of the storyline from book one.   This continuance adds a new flavor to the intriguing chemistry among the tight knit brothers from Kentucky and their motorcycle club lifestyle.


In her debut novel, Breaking Dragon the author introduced us to Nicole and Dragon with glimpses of Carrie and Dancer.  Dancer was the brother that was incarcerated in a federal prison for protecting Carrie from a brutal attack outside a club.  We anticipated from the beginning that their journey would be a battle to find each other as well as a thoroughly intriguing and entertaining read.  This is Jacob and Carrie's story about finding their way to each other and the love they both needed. Warning: this is a heart wrenching and soul searching relationship.  The author approaches a very sensitive subject in this book. The setting that she uses to deliver her message is brilliant.

After the betrayal of Irish, Dragon and his brothers are struggling to make things right and strengthen trust among the brothers once again. Dancer doesn't want anything to do with them now. He wants to remain in his own world suffering alone, without anyone finding out the horrors that were inflicted on him.   His brothers, however, are not going to allow that to happen. They are determined to pull Dancer back into the club and help him heal.

Jacob a.k.a. Dancer is finally free from his torturous two year trip to hell. He is suffering from the horrific things that were done to him in prison. Carrie is brought under the protection of the Savage MC when an unknown threat tries to end her life and does take the life of her parents.  Jacob blames Carrie for his imprisonment and all the wrongs that he was dealt while in prison. This leads to him lashing out at her every opportunity he gets. In his heart he knows she is his only salvation but the anger, shame and fear drives him to keep her as far away from him and his life as possible.  Carrie loves Jacob with every fiber of her being and has from the moment as a child she laid eyes on him.  She has waited for him to claim her and has never stopped loving him.

Our heroine is strong, yet pliable, while young in years, she has an old heart and a mature mind.  When Carrie makes up her mind, there is no turning back or swaying her.  While our hero has suffered two tortuous years, his background suggests that he has always been filled with anger and had a short fuse when confronted. He is a sexy, mouthwatering, strong alpha male with protective tendencies.

Without a doubt, Jordan Marie's creativity brought Jacob and Carrie's story to life.  The depth of their love and search for happiness is threaded throughout the entire book.  While at the same time the characters continue to grow and develop.  More players are introduced as the plot evolves. I can't wait to see where this series will go in her next book.