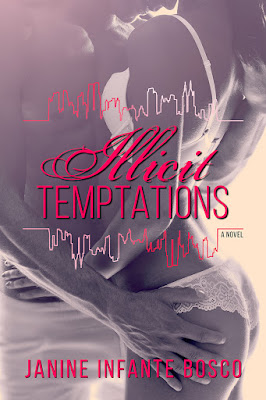 My father was the Underboss of an organized crime family. He was murdered when I was a teenager leaving me broken. My mother died in a tragic accident, her death annihilated me. My life was in shambles until Victor Pastore, one of New York’s most notorious gangsters and my late father’s best friend, recruited me to work for him.

Everyone expected me to walk in my father’s shadow, to be the prodigal son, the next big thing to hit the mob. I was torn between filling those expectations and walking the straight line my mother wished I had. Nothing made sense and I felt as if I was just passing through life.

The only beacon of light in my otherwise dark world was the one girl that was off limits to me. The one girl who could bring me to my knees consuming my mind, body and soul.

She’s the sweetest temptation I’ve ever known and the most illicit.

My father’s a gangster. My boyfriend’s is the king of New York’s nightclubs. I am often labeled as Vic’s daughter or Rico’s girl, never just Nikki. I struggle for people me for the woman I am and not for the men in my life. I’m fighting a losing battle.

There is only one person who sees me for me, my Mikey.

I nearly screamed when I felt two hands take hold of my hips and drag me back against a hard body, but my sixth sense kicked into gear when I felt his breath against my ear.

“Happy Birthday Princess.” My Mikey whispered before he turned me around to face him. His smile hypnotized me making me forget everything all I could concentrate on was him and the way he looked at me. His heated stare robbed me of my ability to speak invaded my thoughts and took my breath away. One glance at him dressed in that suit his eyes full of desire as they scanned my body completely inebriated me.

He reached out his fingertips grazing my cheek.

“God you’re so fucking beautiful.” He whispered, leaning his forehead against mine. He was so close his breath mingled with my own soft pants. I lifted my hand closing my fingers around his wrist. His hand stilled against my cheek and he let out an agonized groan.

“I’ve been watching you all night waiting to get you alone. I’m going to kiss you Nikki. I’m going to put my mouth on yours and show you what it’s like to be really kissed. I’m going to make you forget about any other kiss you’ve ever had so that you’ll only remember mine. I’m going to own that pretty little mouth of yours.”

A gasp escaped my lips as his groin brushed against my leg, he leaned closer, pressing his hardened cock against my thigh.

I was paralyzed watching the slow smile spread across his tantalizing mouth and then his lips brushed against mine.

“Get ready Princess, there’s no turning back.” He whispered, his voice full of promise before his mouth claimed mine.

His lips fused with mine working them tasting them sucking them between his. His tongue slid along the seam of my lips begging for entry into my mouth. My lips slowly parted inviting him to devour my mouth as I dreamed countless times that he would. His tongue slipped between my bruised lips invading my waiting mouth. Holy Christ! Our tongues met and there were fireworks honest to god I heard fireworks go off in my ears.

Mikey pulled away from me abruptly dropping his hand from my face. I opened my eyes startled at the sudden change, but before I could gauge his reaction or understand why he had ended our kiss, I heard someone scream out.

“Get down!” He shouted at me, reaching behind his back, he pulled out his gun. My eyes widened, as I stood still unable to move. “Nikki down!” He ordered as he raised his gun aiming it behind me.

I could hear screaming coming from every direction. Mikey’s voice became muffled and all I heard were those damn fireworks again, only they weren’t fireworks they were actual gunshots. It hit me at that moment, everything I overheard upstairs flashed through my mind shouting at me that I should’ve warned someone. I should’ve warned my father, oh god my family was in there! I slowly turned around prepared to run my family when I was thrown to the floor. Mikey’s body fell on top of acting as a shield.

I felt a tear slide down my cheek as I closed my eyes and listened to the blazing sound of the gunfire. 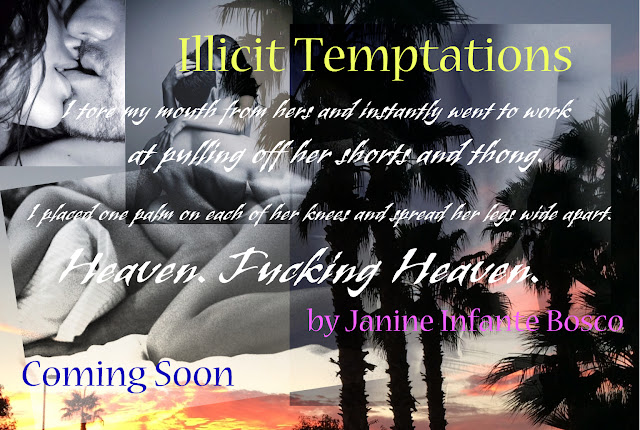 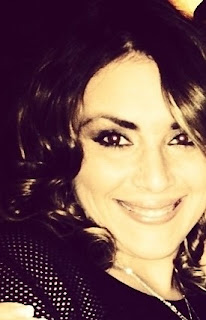 Janine Infante Bosco lives in New York City, she has always loved reading and writing. When she was thirteen, she began to write her own stories and her passion for writing took off as the years went on. At eighteen, she even wrote a full screenplay with dreams of one day becoming a member of the Screen Actors Guild.


Janine writes emotionally charged novels with an emphasis on family bonds, strong willed female characters, and alpha male men who will do anything for the women they love.  She loves to interact with fans and fellow avid romance readers like herself.