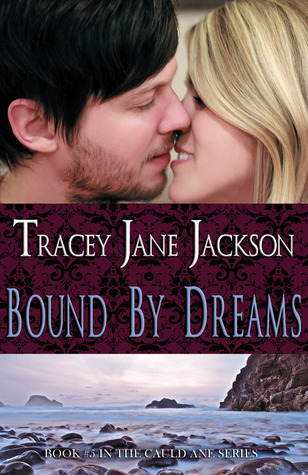 Aspiring actress Charlotte Whitmore has been plagued by bizarre recurring dreams for years. But now she’s hearing a strange voice when she’s awake. To make matters worse, her Hollywood ambitions have flat lined. After one rejection too many, she moves home to press the reset button on her life.

World-renowned drummer Niall MacMillan’s world has been rocked by his brother’s betrayal. Still struggling to distinguish fact from fiction, he welcomes the distraction offered by the beautiful woman pulling him into her dreams.

When Niall and Charlotte finally meet face-to-face, she is unwilling to believe he’s her destiny. And when Charlotte’s dreams suddenly materialize into reality, Niall finds himself defending her against an ancient and powerful, yet all-too-familiar enemy.

Will Charlotte let down her guard and allow Niall to love her?

Will Niall be able to protect Charlotte from the danger that threatens the only world she’s ever known?

What if the man of your dreams proclaimed himself to be in love with you?  But he is not just any man. No, he is Niall MacMillan the world famous drummer with Fallen Crown a Scottish Rock Band! This is the fifth book in the Cauld Ane series by Tracey Jane Jackson and it tells the story of a would be actress and her immortal dream man! In Bound by Dreams, Ms. Jackson unwraps an immortal world, a world that that has coexisted with mankind since the beginning of time.  Her characters are so real, that as you read their story you will feel like you know them!

He is drawn into her dream, but it seems more than a dream. She is his lifemate!  He has found her in his dreams after centuries of searching. Now he just has to find out where in the world she is. Something she says makes Niall realizes that she is the best friend of his brother’s mate. He can find her!  But is he too late?  Will she accept him, give him a chance?  In her dreams, there is another that haunts her.

Charlotte cannot believe that she is dreaming of the man she has CRUSHED on for years.  When he shows up telling her he wants to get to know her, date her, what’s a girl to do?  There is no way Niall MacMillan could possibly be interested in her!  Niall is persistent and continues to be there, not taking no for an answer. Danger is lurking and Niall will have to pull on all of his gifts as an immortal to protect and keep Charlotte safe.

Secrets are unraveled and questions are answered in this outstanding novel.  The introduction of the Kalt Einn race is a perfect tie with inferences made in previous books. Cannot wait to read more to find out where Ms. Jackson is taking her characters next!