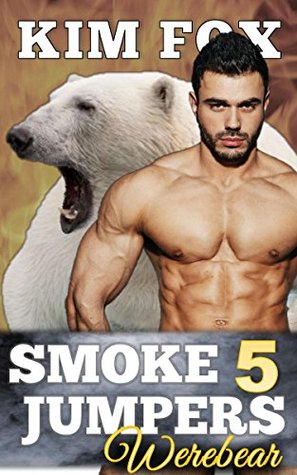 Part five of the Smokejumpers: Werebear series. This bear shifter romance has a cliffhanger (I don’t normally do cliffhangers but I figured that if you’ve gotten this far - chances are you’re going to read the last two. Hope you don’t mind!).

Joker and giant polar bear shifter, Keene Watts, is a little, shall we say…f#cked! It is against the Hudson Crew’s, and not too mention the vicious, SEA (Shifter Enforcement Agency), rules to reveal shifter secrets to reporters. And now he has brought one into his Crew’s camp with promises to reveal all of their secrets. He is torn between his loyalty to his Crew and to the new bond with his bear’s new mate.

Are you ready to take a trip into the forests of Montana, where a man or a bear can remain hidden?  That is where the talented paranormal author, Kim Fox takes us in her Smokejumpers Werebear book #5.  The crew’s gentle giant, Keene bonds with Chloe Sparks, a nosy reporter, searching for shifters to calm an aching vendetta that has her yearning for the ultimate outing of their kind.  Their tale has laughter, moments of heart spiking adrenaline, and truth being found in the most unlikely places.

Keene's a polar bear shifter and member of the Hudson Crew.  He's loyal to his brothers but when Chloe begins questioning him about shifters, he just can't tell her no.  She's his mate! So, he gives her enough information to keep her interested hoping she will get to know him and accept his claim.  Chloe has been searching for answers since she was twelve.  She wants everyone to know about the shifters only she wasn't planning on meeting Keene and liking the big guy.

Without giving away the ending, there is a cliffhanger with a Segway into the next couple's story.  The entire crew is left hanging and we won't know what is happening until we get the next book.