Title: Strings of the Heart 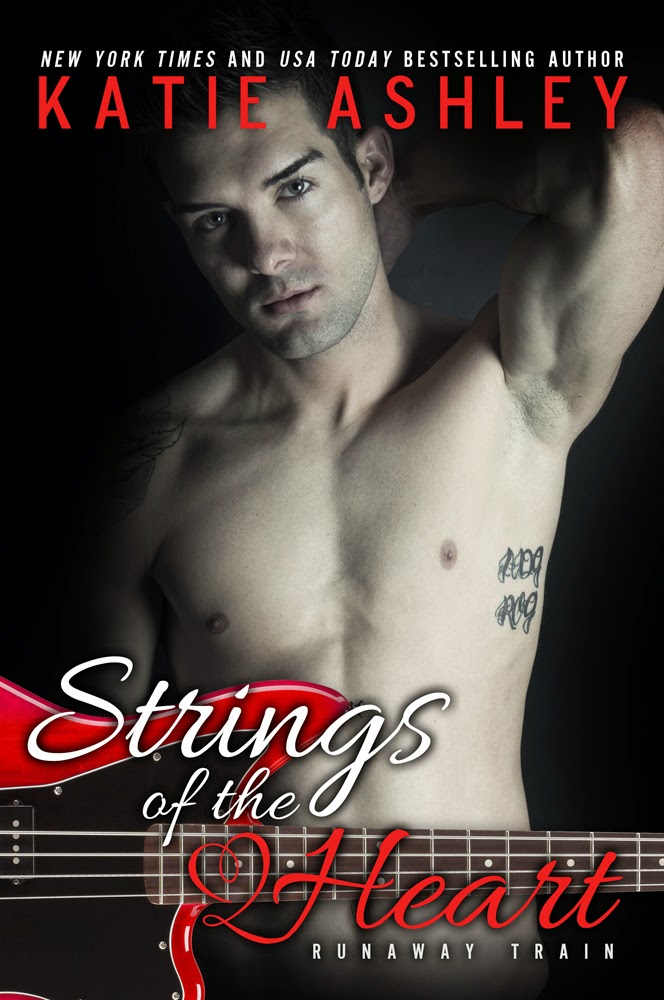 Twenty year old, Allison Slater has been in love with her brother’s bandmate, Rhys McGowan, since she was fifteen years old. But to him, she’ll always be Jake’s little sister and off limits. Now a college sophomore and licking her wounds from a bad breakup, she sets her sights on making Rhys see her as someone he could date…maybe even love. Her opportunity comes when Rhys visits his parents in Savannah where she is attending college. But the night she’s dreamed of turns to heart-break, and she realizes she’ll never be the one for Rhys.


For Rhys McGowan, his nightmare began when he woke up, naked and hung-over, next to his bandmate’s little sister. Unable to remember a thing from the previous night, he only makes matters worse by lying to Allison about not being interested in her. The truth is he’s spent the last year to ignore his body’s reaction whenever Allison is around. His resolve is tested when Allison comes on tour with Runaway Train, as both Jake and Abby’s nanny and to fulfill her fashion design internship. The more time he spends with her in the close quarters of the bus, the harder it is for him to resist.


Will Rhys realize that having a relationship with Allison is worth fighting for even if it means that he has to fight his best friend for a chance?

“Take a shot,” he commanded, his expression tense, his eyes unreadable.


Goosebumps pebbled my arms at his assertiveness. I wasn’t used to him being so forceful. For a moment, I couldn’t process his words. It was like the tone of the entire conversation had veered off course. Reluctantly, I followed his orders. When I started to reach for a lime, he stopped me. As I eyed him curiously, he took the shaker of salt in his hand. Tilting his head, he shook the bottle along his neck. Then he leaned over and brought the shaker to my neck. My chest rose and fell in harsh pants at the nearness of him. But most of all, it was the way the tension crackled in the air between us. Nothing really had been spoken out-loud, nothing had been done to change things, but in that moment, everything was different.


With trembling fingers, I reached for the glass. I took it in one hand and the lime in the other. Leaning forward on the stool, I dipped my head down to his neck. My lips hovered over the warmth of his skin. Flicking out my tongue, I brought it against the stubble on his neck. Rhys sucked in a harsh breath at the contact. Slowly, my tongue trailed upwards over the faint line of salt, eliciting a small groan from Rhys.


Once I finished, I pulled away. I didn’t dare look at Rhys—my skin burned just from the intensity of the stare I felt on me. Tipping up the glass, I downed it in one fiery gulp. As my eyes pinched shut in pain, I slammed the lime against my lips. My teeth cut through the fruit, as my mouth sucked off the juices. When I swallowed again, a shiver echoed through me.


I opened my eyes to find Rhys still staring at me. His dark eyes shone with an intensity that I would’ve given anything to know what he was thinking. He reached for his glass and lime. His eyes never left mine as he bent over. I tilted my head to give him better access. At the feel of his warm tongue on my neck, I shuddered, and I remained trembling even after he pulled away. He then downed the tequila without even bothering with the lime.


We repeated the process again. And again. Until we had downed five shots and licked and sucked our way up each other’s necks. My skin still tingled from the feel of his tongue. Of course, my entire body was tingling from the strong alcohol pumping through every cell and molecule. It made me feel so alive. While it had just been his tongue on my neck, the feel of his hands as they brushed on my shoulders, whispered across my collarbone, had driven me crazy. I could only fantasize that his tongue was following the same path across my chest and down to my breasts.


More than anything in the world, I wanted this man, and tonight I was going to get my wish. From the lust-filled looks he been giving me, along with the groans of pleasure when I had licked his skin, I knew what was going to happen. I was finally going to have Rhys.


You and Tequila - Kenny Chesney


Weakness in Me - Joan Armatrading


Am I The Only One -Melissa Etheridge


Say something - A great Big World

Katie Ashley is the New York Times, USA Today, and Amazon Best-Selling author of The Proposition. She lives outside of Atlanta, Georgia with her two very spoiled dogs and one outnumbered cat. She has a slight obsession with Pinterest, The Golden Girls, Harry Potter, Shakespeare, Supernatural, Designing Women, and Scooby-Doo.


She spent 11 1/2 years educating the Youth of America aka teaching MS and HS English until she left to write full time in December 2012.