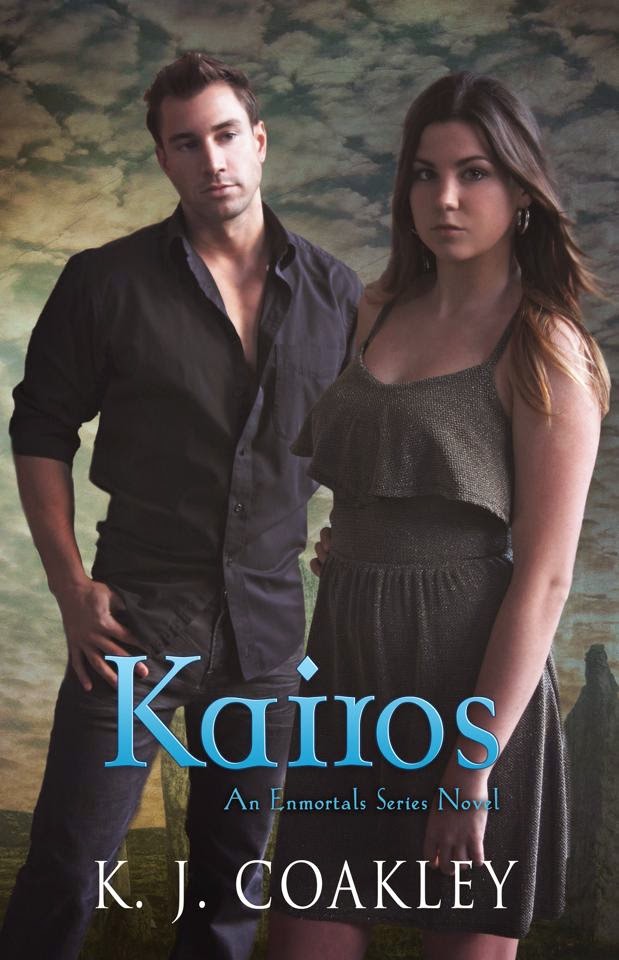 What if the enticing man who has just seized your every sense enlightens you to realms beyond our dimension? Can that spark of love withstand a war to protect mankind?Kairos: An Enmortals Series Novel by K. J. Coakley is the spellbinding novel that reveals that the deepest love need not be confined to the trappings of one world.
The first in a series of adult paranormal romances, Kairos swirls in mankind, magic, and mythology as it chronicles the first blush of yearning between Sulwen Macgregor, a shy and sheltered college senior, and Logan Thatcher, a mesmerizing former playboy with arresting good looks, an offbeat sense of humor, and an ironclad moral code. When the two meet, Sulwen has no inkling that she soon will embark on an odyssey that not only exposes Logan as other than mortal, but uncovers astonishing aspects of her own being as well.
As Logan saves Sulwen from fast-approaching peril, the two must discover if their love is truly without bounds and strong enough to fend off adversaries far more craven than they ever could fathom. With wild imagination, otherworldly passion, and heart-pumping action, Kairos goes where no human being has dared, all in the name of love. 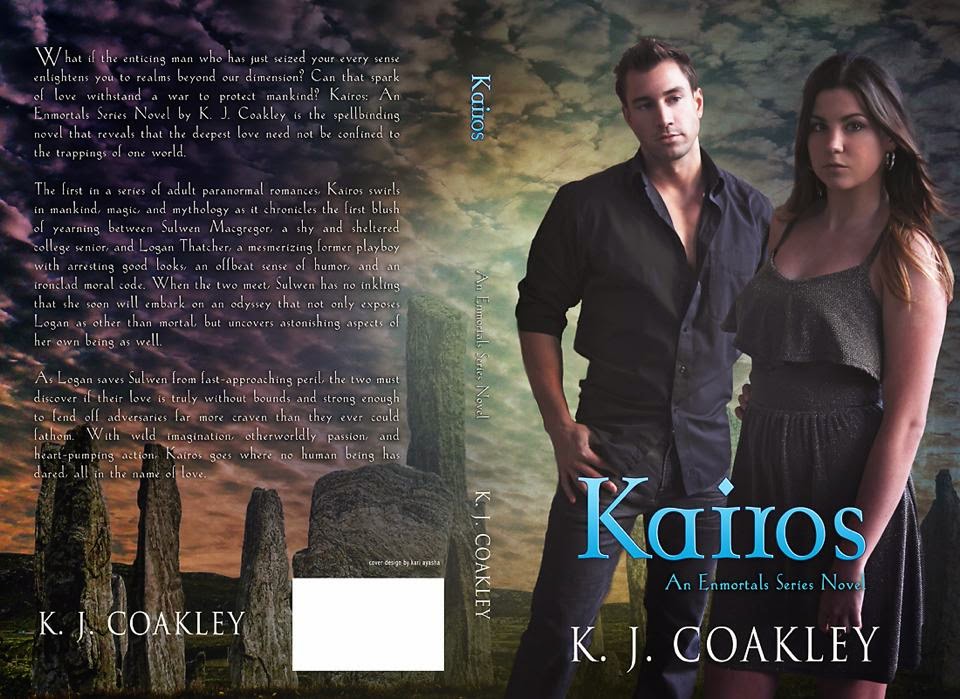 “This book was an awesome start to a interesting series. The thought of one blood line being cursed, all to show that some loves, while all consuming and never ending, are ill-fated. Sulwen and Logan have such a love, but I for one hope that their story is just getting started. If you are into the paranormal and are wanting a new series to read, check this one out.”

“Excellent story line. I love the relationship between Sulwen and Logan. The passion between them jumps off the pages. This was definitely a page turner, and I can’t wait for the next installment in this series!” 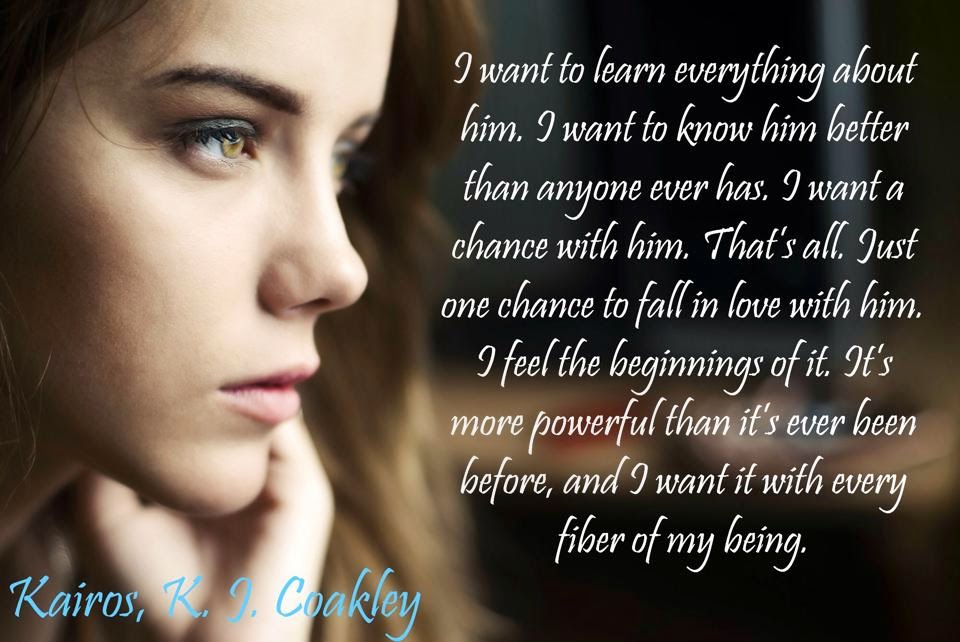 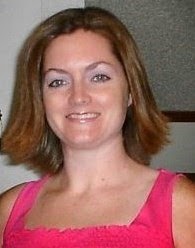 Author K. J. Coakley lives a life where she plays many roles…as most women do when they are a wife, mother, and caretaker of two rowdy dogs. But when she’s not working her nine to five gig, or spending time with her family, she can be found glued to her laptop where she loves to create worlds with sexy alpha males and brazen heroines. She is also an avid fan of heavy metal and rock music, and regularly attends music festivals.

Coakley received an Associate degree in Business Administration from Walters State Community College, and a Bachelor of Business Management degree from East Tennessee State University. Her debut novel Kairos is the inaugural installment of a new paranormal romance series.