Review: Heart of a Rocky by Kelsey Jordan 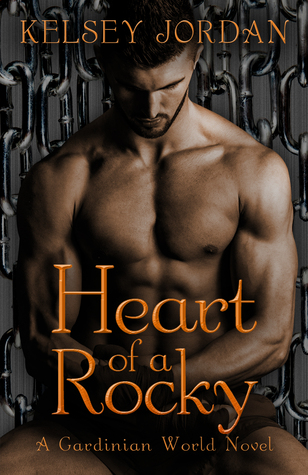 The Takeover
Tor Omar James, King of the North African pride, needs one woman if he has any hope of keeping his sanity – Anise, his Soul’s Mate. There’s only one problem: she’s pregnant by Derrick, Tor of the United States pride. Anise is caught between the love that every Lycan covets and the motherly devotion to the son she would sacrifice so much for. Can Omar survive the takeover of the US pride and convince Anise that he is more man than lion?

The Defender
Asim Tyson, the Defender of the Hafiz, is fighting off the insanity of his longing after losing his Soul’s Mate in battle. Unfortunately, his self-centered existence results in the gross neglect of his people when they need him the most. When Harmony appears in his life, he is forced to make a choice. Should he resist the lure of Harmony’s caustic melody or embrace his weakness in order to keep her safe?

Anise had been promised to Derrick when they were teens.  He is the leader of all Alesers in the United States. She is not his Soul’s Mate and he is using her only as a breeder for an heir.  Anise has met her Soul’s Mate and it is not Derrick.  Derrick is an abusive male that does not want her except to have a child.  He will not allow her to select her own food, clothes, anything for their child and shows her nothing but contempt. She has had enough of Derrick and has devised a plan to topple him from his seat as ruler.  Anise plans to replace him with her Soul’s Mate, Tor Omar the North African Pride.  Everything is in place and the takeover completed but can she trust her Mate not to kill her child?  Will he accept her child as his own? Has she replaced one abuser for another?  Only time and actions will prove to her that he is what he says he is!

Asim Tyson is the Defender of the Hafiz but he has been fighting insanity caused by the loss of his Soul’s Mate.  He has not been doing his job and as a Rocky that is a disgrace.  When a woman shows up on his doorsteps, ragged and abused herealizes that she is in her rut and needs help.  He is not the one to help anyone, he has nothing left to give but he does not turn her away.  Tyson calls for a friend to come and help him with the woman.  She is one of his that had been captured, caged, abused and used in a fight ring. He knows that as their Asim he must help the women that are still being held against their will.  Harmony knows that Tyson is her Soul’s Mate but she also knows that he will refuse her and she will be left with nothing.  How can the two of them protect each other and find some form of peace?  Will Tyson finally find an end to his longing and become the leader and Mate he was meant to be?

Would I recommend this book: Yes! This is a great book with lots of hot alpha males and strong sexy women that didn’t take anything from their men.

Would I recommend this author: Yes! Really enjoyed this author’s first book, The Lycan Hunter! It really helped me to understand when I read the second book.


***Received an ARC of this book from the Author in exchange for an honest review***
Posted by Anonymous at 6:00:00 AM