Book Recommendation and Review of Shades Of Obsession by J.R. King 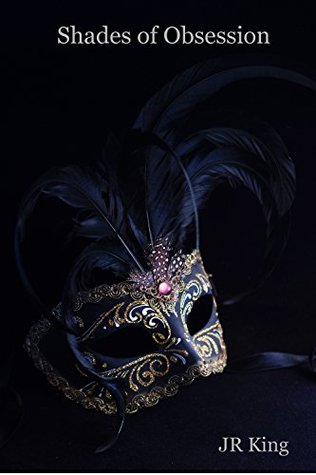 The Obsession series is a tale of romantic obsession set in 2010s Boston, that gradually reveals a previous connection between the rich Turners and the middle-class Andersons. Alexander will stop at nothing to get Elena Anderson, destroying everything and everyone who dares coming between them.

A popular quarterback rapes Elena Anderson—the object of Alexander Turner’s obsession—not long after her sixteenth birthday. Alexander, who’s much older, decides to interfere.
Elena’s boyfriend disappears, and she moves to California. While Alexander focuses on his career, Elena obtains a Stanford degree, then moves back to Boston. To get the girl, Alexander pleads, harasses, and even ridicules himself. Elena manipulates him as only a woman can, and just when she thinks she has the upper hand, he has her kidnapped.

Overall Rating:  4.5 Rockin’ ★★★★☆
This is a debut novel by author J. R. King and the first offering in her Obsession series. Shades of Obsession, is a multifaceted novel and does not easily fit into a one size fits all mold.  Yes, it is a contemporary romance that deals with obsession, but it also addresses other social issues in today’s society. Rape, sexual obsession, drug addiction, and social class entitlement, are just a few of the twist and turns that unfold throughout this erotic thriller. The main characters are also a contrast in diversity and yet the chemistry between them is explosive.  When I read the last page, I asked myself the same question that Elena did!

Obsession, an unhealthy and compulsive preoccupation with something or someone perfectly describes Alexander Turner and his feelings toward Elena Anderson!  Alexander is obsessed with Elena and will do whatever he has to do to own her.  Including, disposing of a boyfriend that raped sixteen year old Elena and kidnapping her if all else fails in his procurement of the object of his obsession. If you get in his way, it may be the last breath you take on this earth, because Alexander is that powerful.

Elena is not a push over for anyone.  She knows who she is and what she wants; she has overcome her rape, completed her college degree and now has returned home to Boston. Let the obsession begin!

Would I recommend this book: Yes! This is a sexy, dark, gritty read with a really bad boy obsessing over a really good girl! Chemistry sizzles and good can be really bad with the right partner.

Would I recommend this author: Yes! Ms. King is a master at creating characters that are both complex and realistic. Her storyline is intricate and at the same time complicated.   I'm impatient to see where she will take us next.