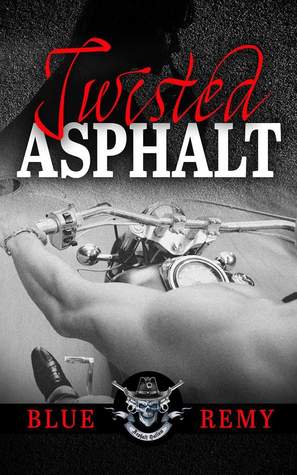 ATF Agent Sam Dean is missing, and Mason Younger steps out of the shadows – landing right in the middle of the Six-gun Outlaw motorcycle club and the James family.

In the outlaw underworld, Mace’s past in the Marine Corps Second Force Recon impresses the MC President, Alan ‘Stone’ James, quickly sending him up the ranks. His expertise in weapons, sharpshooting, and hand-to-hand combat makes Mace an asset when it comes to the club’s illegal gun selling. This allows him to take part in jobs that prospects never get to see. But this prospect needs to go deeper. This prospect needs actual access to the MC’s gun sales.

What the SOMC doesn’t know is that a patched member ratted out the club brothers and is providing all of the intel to build Mace’s cover.

Everything is falling into place and going according to plan. After three long years, the end is finally drawing near. That is until a chance encounter with Amethyst James sends Mace reeling. As an intense relationship begins to boil, Mace struggles to maintain his undercover identity, expose the traitor within the club, and bring down the MC.

With Amy knocking him on his ass, literally, bombs, and an attempted murder, Mace’s sense of reality begins to blur as he strives to fight his rapidly growing feelings for her and the new loyalty to his brothers.

Overall Rating:  4.5 Rockin’ ★★★★☆
In this the first book in the Asphalt Outlaw Series by author Blue Remy, we have a fresh approach to the inside workings of not only a motorcycle club, but also the ATF.  This is the story of an undercover agent that may have bitten off more than he can chew!  A woman that not only literally knocks him off his feet, but gives him something that he cannot live without.  This is Amy and Mace’s struggle to find a way to make their HEA happen.

When the James family lost the matriarch, they lost more than a wife and mother.  They lost their heart and know that they cannot lose Amy, the MC Princess.  Someone wants her dead and is trying to destroy the James family.  There is an informant inside the club, a traitor that is feeding information to the feds.

Sam Dean, an undercover ATF agent that has been planning the destruction of the Outlaws for the last three years.  With the help of an inside informant he has assumed an alias as Mason Younger, and becomes part of the club. Everything is going according to plan until he meets Amy James, the daughter of the club president.  Now, Sam’s agenda becomes harder to accomplish with the feelings he recognizes that he has for her.

When you lose your mother, your life is changed.  Your family changes and then when you lose your home, your business, things really start to change.  Add to that, you meet a man that makes your heart beat faster and you find yourself believing that this is your HEA.  Amy wants to believe in Mace, but there is something that just doesn’t add up where he is concerned.  Mace is there when she needs him and protects her, while keeping her safe. There is a force that is about to be unleashed and who knows what the outcome will be!

Would I recommend this book: Yes! Sex, motorcycles, alpha males and hot ATF agents fill the pages of this remarkable book.  Betrayal and mysteries push this story to another level!

Would I recommend this author: Yes!  I am not easily impressed, but Ms. Remy has really done it with her new series.  The characters are well developed and the plot keeps you enthralled until the last page.
Posted by Anonymous at 6:30:00 AM