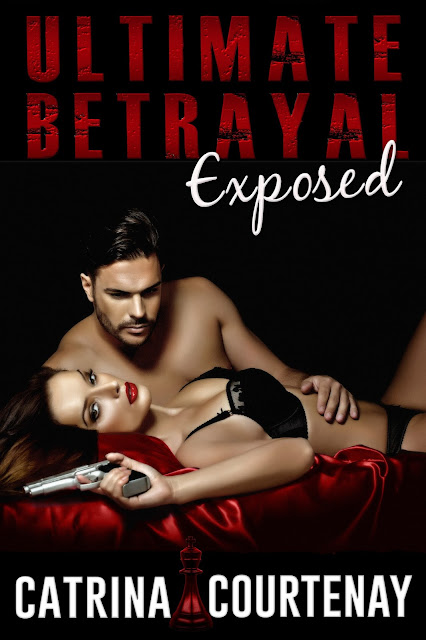 When you’ve been betrayed by your best friend, and a psychotic serial rapist is stalking your every move, nothing much should surprise Ronnie Harper. Determined to take back her life, she starts fresh, taking on a new business partner and for the first time in years, a man that cares for her. As Ronnie and Erik are throw into one unimaginable situation after another, her faith in herself is pushed to the limit. She doubts the people around her, her own judgment and even Erik’s growing feelings for her. He’s relentless and even when she pushes him away, he won’t give up, though he doesn’t realize it may be the only way to protect him from Jeff and his psychotic brother, Kincaid.

When they are confronted with the worst imaginable situation, Kincaid puts their love to the test. Is their bond strong enough to survive the dark, twisted mind of a sadistic rapist? Or will Ronnie’s past eventually destroy them? 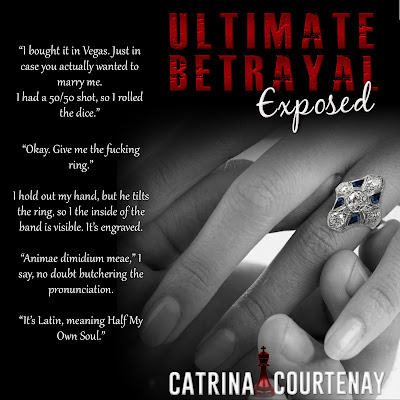 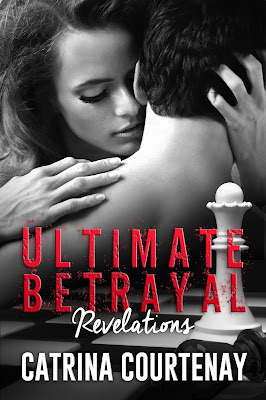 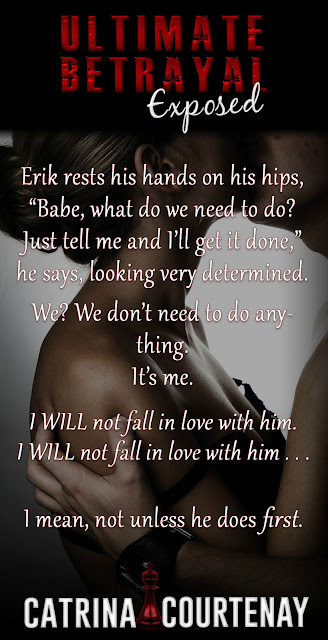 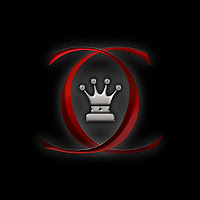 Born and raised in New York, Catrina is a U.S. Veteran, wife, mommy, controller of chaos, domestic engineer and cook. She loves wine, good books, good food and especially anything slathered in Nutella.

Always a storyteller, she enthralled her friend with tales of her wild daydreams involving the latest hot boy band (okay, they weren't called boy bands back in the 80s. They were called Duran Duran), but she never wrote them down.

She eventually grew up and embarked on a not so exciting career in the military, followed by an exciting career working in IT for a few major U.S. corporations and traveled the world. And instead of meeting in their hometown, she met her husband in Cyberspace while he was in Korea.

Marriage and having a child afforded Catrina more time to read, one of her former passions, and eventually, to begin writing.

With the support of her family, she's released her first novel, Ultimate Betrayal: Revelations and is working on the follow up - Exposed.

Giveaway
a Rafflecopter giveaway
Posted by Anonymous at 7:01:00 AM