Review of The SEAL's Secret Lover: An Alpha Ops Novella by Anne Calhoun 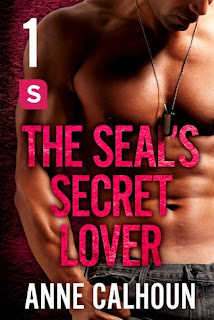 The first in the Alpha Ops novella series that features an alpha Navy SEAL who meets his match in a buttoned-up firecracker who is hiding a passionate side.Logistics director Rose Powell agreed to chaperone her grandmother on a guided tour of Roman ruins on one condition: her brother Jack would come with her. But when Jack backs out, his best friend and fellow SEAL Keenan Parker takes his place. Without a working cell phone, Rose's orderly world drifts into dreamy days and hot, secret nights in Keenan's bed. Keenan left the Navy but never made it any farther than Istanbul, much less to a viable future. Until he does, he'll show Rose things she didn't know about herself. Can he give his heart and his future to the woman he promised his best friend he'd never touch?

Take one bada$$ ex-Navy SEAL, mix well with a feminist that likes to control everything and a group of geriatric ladies known as the 'Bucket List Babes' and you have the beginning of a fun, sexy read!  Anne Calhoun's, The SEAL's Secret Lover is a novella that while short is packed with everything needed to make it an unforgettable read.  It is also the first novella in her Alpha Ops series. The book is set in Turkey and is the beginning of Rose and Keenan's start to fulfill their own bucket list of need to do things!
Last minute change of plans, lands Rose Powell with her grandmother and two friends on their way to tour Turkey. Her brother was suppose to come with them, but cancelled at the last minute and sent his best friend to guide and protect the ladies. Rose was not prepared for the man sent to take her brother's place and from the first moment their eyes connected, it was game on! She is a woman that needs to control her world and has since the age of seven when the responsibility of her younger brother became her main focus. Climbing the corporate ladder in a male dominated world is not an easy task, but Rose is the woman for the job.  Now however, she may need to rethink some of her previous plans about the right man for her!
His last mission left him without direction for the first time in his life.  Keenan found himself adrift in Istanbul after leaving the Navy.  So when his best friend ask him to take care of his sister, grandmother and two of her friends, he agrees to be their driver and guide as they work their way through Turkey.  However, when he meets them at the airport, Keenan realizes that there is something about Rose that pulls him and claims him.  Never before has he had thoughts of forever with one woman, but that has changed with just one glance.  Rose calms him and at the same time the attraction between them is irresistible.
If you are looking for a short, intense romance read, look no more.  Ms. Calhoun's has written the perfect book for you.  This is an excellent addition to my library.