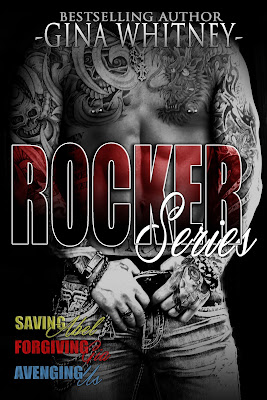 Saving Abel
Abel Gunner, the lead singer of the band Lethal Abel, is what beautiful nightmares are made of. His gritty, melodic rasp threatens to rip your heart out of your chest and leave you gasping for the very breath he robbed you of. His kisses, detonating on impact, leave you ruined. Abel is also a Dom, and his appetite for seduction is legendary and intense. After a chance encounter with Gia, his need to dominate this woman increases tenfold. He wants to consume her, merge with her, and never leave her body.
Abel's emerald eyes touch the deepest part of Gia's soul in a way that terrifies her. She fears he can see her secret. Lies, guilt, and betrayal lay beneath her skin, and she's terrified of being exposed. How will Gia ever begin to explain? She doesn't believe she's worthy of him, and her greatest fear is that her carefully guarded heart will be shattered. However, she finds herself unable to deny this rogue tattooed rocker whose kisses just might ruin her.
Forgiving Gia
Abel Gunner is a rock-star with legendary skills both in and out of the bedroom. He swore he wouldn't fall for another woman after being schemed and manipulated by an ex-lover. He kept that vow until he met Gia Mastro. The Dom inside of him awoke the moment he set eyes upon the submissive beauty. His dark soul hungered for her submission and affection. The deep connection they share leaves him desperate for something he never expected – her love. Her pain brings him the pleasure he craves. Her smile calms the beast that rages within him. Gia loves Abel more than life itself, but Abel is disillusioned by love and wrecks Gia in the process. Her life hangs in the balance. His life depends on forgiving her. This couple must face many truths. Is love enough to overcome the damage that dwells within? Gia’s experiences with love have been nil until meeting the infamous bad-boy rocker, Abel Gunner. Swept up in a mind-bending, Dom/submissive love affair, she’s forced to make decisions that both help and hurt their relationship. They both have to face their demons before they can embrace a future together. In the end, they’re faced with two choices: Fight for their love, or die with their demons.
Avenging Us
From the moment I met Abel Gunner...I knew he was something I not only wanted, but needed. Our pasts threatened to overshadow our present, but our present promised to save our future. Secrets had been revealed, possession has takes hold, and my dark angel will Avenge Us...his family. We are bonded by our love, but I'm still tormented by my past. I only prayed that our daunting flaws wouldn't spread like the cracks of a foundation and take us both down.
Will our demons bond us or break us apart? 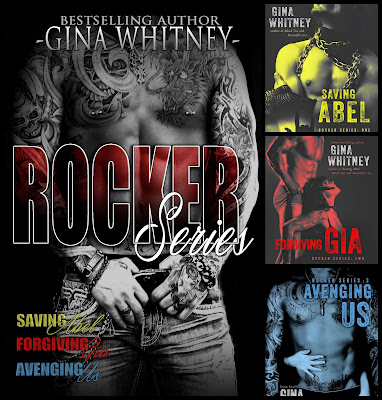 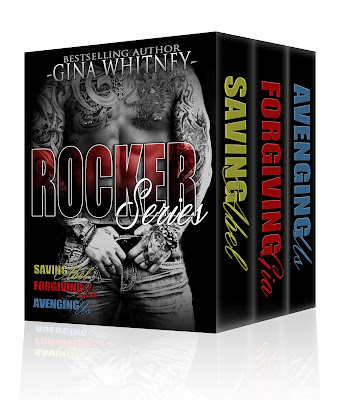 Gina grew up reading Judy Blume, and Nancy Drew books. She was raised in the town of North Valley Stream, New York(Long Island), and attended community college for fashion design. At 19 years old, she opened a boutique. She's published four novels so far. Blood Ties(PNR), Beautiful Lies, Saving Abel, Forgiving Gia and soon Luca. When she's not writing, you can find her with friends and family. She resides in Massapequa, NY with her two beautiful boys. Reading has always been a passion and obsession of hers. You can usually find her typing furiously while shouting obscenities over her latest WIP. Her guilty pleasures are: a good laugh, being snarky, espresso, Pistachio ice-cream, alternative music, sunflower seeds, I.P.A's, twizzlers, and above all steamy swooning angst filled novels. She's pathologically obsessed with anything to do with royals, Games of Thrones, White Queen, Vampire Diaries, Resurrection, SOA, The Vikings and The Originals. If you'd like to chat, hit her up on Facebook or Twitter.
Facebook / Twitter