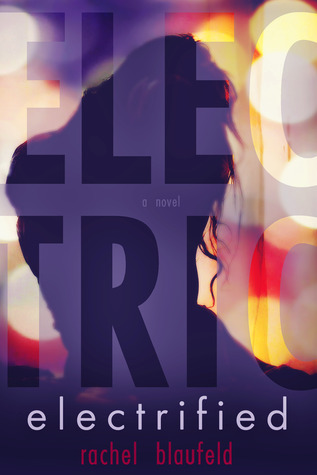 Everyone knows her as Sienna Flower.
Her curves and long lashes tease and taunt from her very own billboard where the desert meets the Las Vegas Strip. She’s the hottest stripper in town, known for her sultry and indecent moves coupled with her virginal eyes.

She’s a heady and unique combination, and a mystery to all who come to see her.
Sienna captivates crowds nightly at the Electric Tunnel, leaving them wanting to know more about the sensual enigma. But no one ever sees beyond the heavily guarded stripper onstage. She is Sienna Flower 24/7.

No one other than her closest friend and boss, Asher Peterson, who helped turn a young and frightened girl into who Sienna is today. Together they created the sexual illusion known as Sienna Flower. They will go to any lengths to protect her image, which is why Sienna is convinced she must remain unattached and alone.

Like everyone else in Vegas, Sienna is hiding something and playing a role. A good girl in her former life, she was raised to be obedient and accepting of her fate, but there are some circumstances no one should be expected to accept. She escaped to a world light years away from the one she was subjected to…the Electric Tunnel.

Now she can never be anything other than Sienna Flower. Not only would she be hurt, but everyone around her would suffer the consequences.

That is, until she meets private detective Carson Graham, the dark and mysterious ex-FBI agent who watches her dance every weekend. With his dark hair and chocolate-brown eyes, Carson begins to heat Sienna’s heart and body, melting away the layers and secrets. Sienna doesn’t want to get attached to Carson, but when another man surfaces and starts hunting her down, bringing out the scars of her old life, she can’t help but seek comfort in Carson’s protection.

With everyone trading on the secrets of her past, Sienna finds herself caught in an awful web of lies. Her ultimate fear is hurting her friends at the Tunnel, but she doesn’t know who to trust. Namely, Carson. Is he good? Or bad? Does she have the luxury of finding out?

Electrified by Rachel Blaufeld is book #1 in her new The Electric Tunnel series.  Rachel is a new author and is coming onto the scene with a loud voice.  This story captured me from the beginning and I couldn't put it down until it was finished.

Carson Graham, is an ex FBI agent turned private investigator.  He thinks he has everything he wants and needs.  Women, sex, travel and plenty of money; but when he begins to feel the pull of lust, want and need from a sexy exotic dancer, he begins to question everything, as his life changes forever.

Lila, aka Sienna Flower ran away seven years ago from a tormented past and became the most wanted exotic dancer in Vegas, as well as the country.  Fighting against the need she is feeling after meeting a mysterious man who ignites the fires deep within her soul, Sienna is drawn to Mr. TDH.

This book was awesome!  I really enjoyed reading about Sienna and Carson's story.  It was a beautiful love story that survived many complications to come to a beautiful ending or I could say beginning for them!  I felt so compelled by the characters and actually felt the pain and love that ignited within this couple. I look forward to reading the next book in this series. If you want a book to feed your soul, as well as desires...read this book!    Way to Electrify me, Rachel.  Grēta

Would I recommend this book: Yes!
Would I read other books by this author: Yes!  Rachel Blaufeld is an up and coming new author who is well worth the reading.  She is tenacious in her writing and it shows by the beautiful story she has created.  She’s definitely on my reading radar!!

That was when she saw him. She didn’t know him, but had seen him in the Tunnel a few times over the last few weeks. Dark black hair cut short with a little wave running through it where it curled around his ear, a scratchy shadow on his face, a day or two old, and jeans with a white dress shirt rolled up at the sleeves, a masculine tattoo peeking out. He was always there on a Thursday or Friday, sat up front for her act, and quickly left when Sienna finished.
This wasn’t completely unusual, since many fans came to see just Sienna Flower regularly, but this guy seemed almost uncomfortable at the club, as if he wasn’t sure why he was there. Fidgeting in his seat, always running his hands through his hair and never smiling, yet being completely focused on her. He was her mystery guy, something she never had or thought about having before.
Most of her regular fans stopped her to say hello on the nights she walked the main floor of the club. They weren’t allowed to touch or take pictures, but most of them just wanted to tweet they met Sienna or be able to brag about meeting her at a party at a later date. Not this guy, though.
He just watched her on the nights she never made an appearance in the outer club, and when her set was over, he headed out. He didn’t even try to flash a grin her way, let alone meet her. 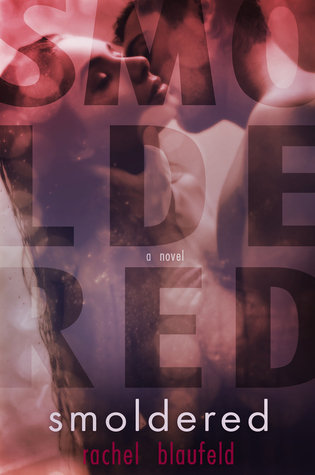 Smoldered – Book 2
Asher Peterson is a self-made man, owner of the Electric Tunnel, Sin City’s hottest adult entertainment spot. Brazen and formidable in designer T-shirts and motorcycle boots, he seems unflappable whether he’s making his rounds through the decadent decor of the Tunnel, or whipping through the desert heat on his bike. But inside he is a shattered man, desperate to understand what unconditional love from a woman feels like.

Hiding the effects of his emotionally stunted youth behind a gritty persona, and keeping his fractured soul buried deep while seeking out his baser instincts, Asher is convinced he is man enough to leave the past in the past. The only clue to his broken soul is his deep-seated need to provide safety and a good life for emotionally damaged women within the glamorous walls of his strip club.

Fooling himself that he deserves little in life, Asher keeps his big heart tightly guarded with everyone but Sienna Flower, his friend, business partner, and headliner. Until, that is, the night he runs into his childhood friend, Natalie Parker. While trolling a rival strip club, perusing their offerings for his own personal pleasure, he collides with his past. Coming face-to-face with a woman he only knew as a girl, he’s shaken when he finds the dark-haired beauty in a precarious position. Now all grown up, she’s a hardened soul who reminds him of where he came from, and stirs within him the need to protect yet another woman.

Known as Nat to most everyone, Natalie is a single mom to Quinn. But when she’s under the bright spotlights in a thong, she’s known as Natasha or Nataleigh Dallas. A girl who once had everything going for her, she’s now a jaded stripper with only room for her son in her life, and has erected impenetrable barriers around her heart. The strength of those walls is challenged the night a man she has known since childhood steamrolls his way back into her life, flashing those smoky-gray eyes that have always melted her.

A man she has loved from afar since she was a young girl, one who lights fire to her walls, burning deeper, setting everything ablaze––smoldering her.

Asher and Natalie, two people who are equally tormented by their own demons, set out to rescue each other as part-time lovers in a torrid, desperate workplace affair. Thinking they can remain friends while keeping their hearts at a safe distance, they find themselves at odds when their situation morphs into a messy, tangled mess.

Ripping free of each other proves impossible as they learn that the very web that connects them goes much deeper than they ever expected.

Overall Rating:  4.5 Rockin’ ★★★★☆
Smoldered is book two in Rachel Blaufeld's Electric Tunnel series.  From the beginning of the book I was hooked.  The characters seemed to flow effortlessly with the way they were created by this exceptional author.  The story grabbed me and wouldn't let go.  Rachel created a beautiful world of erotica using the strip clubs and the characters in her book.

Asher Peterson is a hard man to please, in the bedroom that is.  He has always needed...more.  From threesomes, to hot nasty sex, his demands are pretty high level and taste specific.   In every facet of Asher's life, he works hard, and plays equally hard!  But a second chance meeting 5 years earlier brought the one woman that he has always carried a torch for, his "little doll" back into his life.  This time he would take whatever she is willing to give.

Natalie Parker is a single mom trying to support her son by working as a stripper at the Electric Tunnel.  She has known Asher since she was a little girl, when he rescued her from the former club she worked at and now he is her boss with benefits!  Confused and never wanting to trust him too much, Natalie keeps Asher at arms length most of the time.  There are so many secrets that could change everything, but she can't help herself, she has always wanted Asher.

This book has a little bit of everything in it.  Hot steamy sex, passion, love and a reckoning of monumental proportions!  I couldn't believe how the story took shape and grew even more intriguing as I turned each page.  My heart was pounding in my chest and my panties were wet from the depth of the writing in this story!  I was totally smoldered, Rachel!!!

Would I recommend this author: Yes!  Absolutely, I love everything I've read by Rachel Blaufeld.  She is brilliant in her writing.  I can't get enough!!

About the Author:
Rachel Blaufeld is a social worker/entrepreneur/blogger turned author. Fearless about sharing her opinion, Rachel captured the ear of stay-at-home and working moms on her blog, BacknGrooveMom, chronicling her adventures in parenting tweens and inventing a product, often at the same time. She has also blogged for The Huffington Post, Modern Mom, and StartupNation.

Turning her focus on her sometimes wild-and-crazy creative side, it only took Rachel two decades to do exactly what she wanted to do—write a fiction novel. Now she spends way too many hours in local coffee shops plotting her ideas. Her tales may all come with a side of angst and naughtiness, but end lusciously.

Rachel lives around the corner from her childhood home in Pennsylvania with her family and two dogs. Her obsessions include running, coffee, icing-filled doughnuts, antiheroes, and mighty fine epilogues.