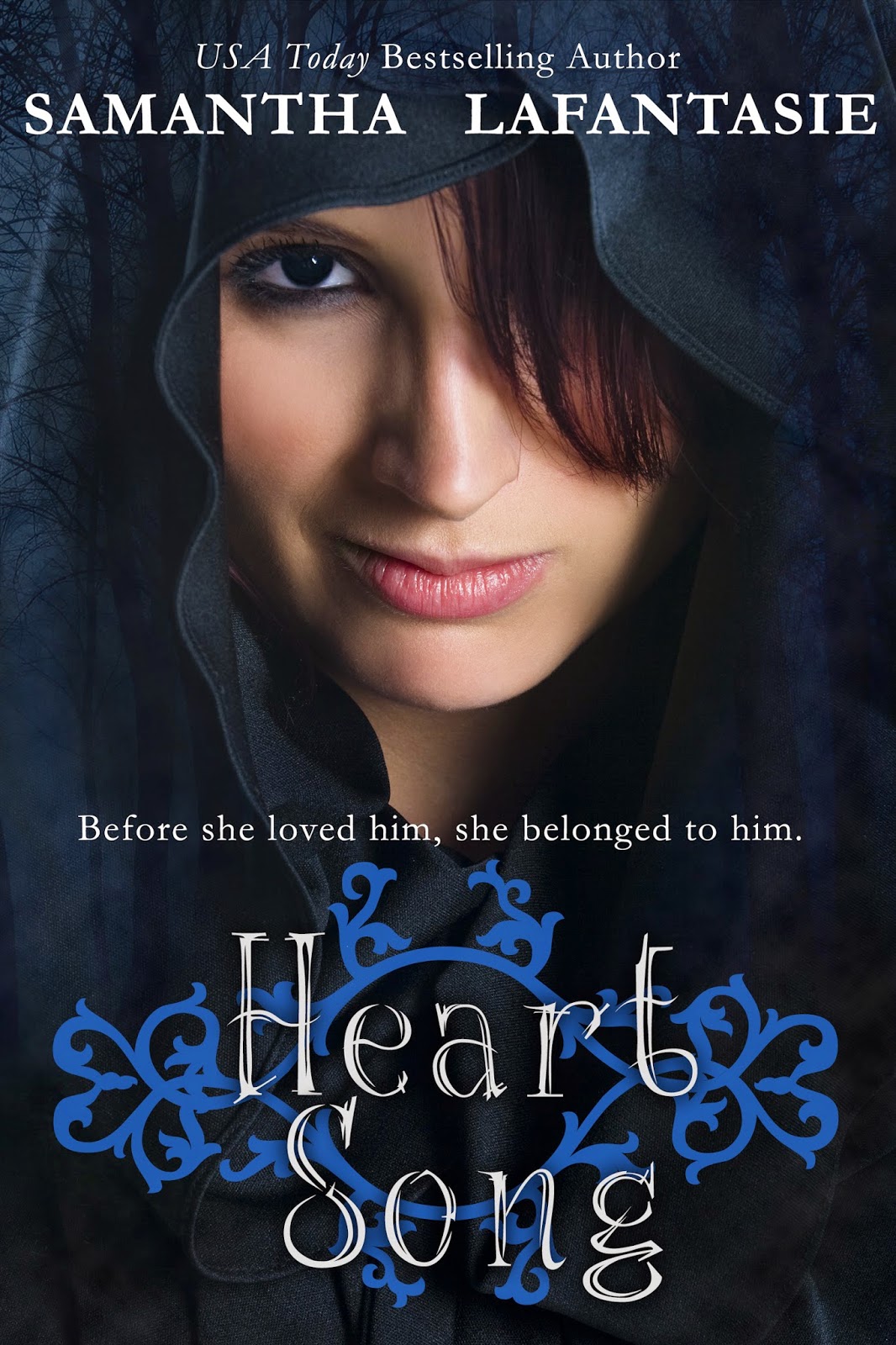 
There once was a world filled with magic and immortals. To protect the immortals the world was torn into two realms, one of mortals and one of magic.

For centuries Jiren has been one of the leaders of the immortal realm, but his power is now put at risk when it is said that the heart song between a mortal, Relena, and a werewolf, Marren is fated to bring both the mortal and immortal realms together once again before the world is forever shrouded in darkness.

The shape-shifting, ethereal vampire, Jiren, will stop at nothing to prevent the realms from rejoining, even killing another Ancient—the most unforgivable crime.

In addition, Relena and Marren are put through one of the greatest tests of their relationship just to prove their love for one another, putting the future of both realms in jeopardy; solely to appease the other Ancient rulers of the immortal realm.

With both realms doomed if they are not together, will Marren and Relena be able to prove their heart song or will Jiren have his way and throw the world into complete devastation?

I woke from a fitful sleep with a
loud clap of thunder that shook the room. I sat up, struggling to catch my
breath, when I saw someone at the foot of the bed. “Marren?”

“What are you doing at the foot of my bed?” I said,
impatient and still angry.

“I want you to see me . . . what I am,” he replied as if he
was surrendering to something he didn’t want to do.

My heart raced. Questions and warnings rang in the back of
my mind. One thing overwhelmed them all. Need. A need to know, a need to see, a
need to keep him with me because I was too proud to admit I was too scared to
be alone.

I moved slowly, crawling on top of the blankets and to the
edge of the bed. I stood on my knees and took deep breaths to calm myself as
lightning and thunder crashed and rain pelted the stone balcony. I reached with
trembling hands and pulled the sheers apart slowly. Marren stood on the other
side of the bench, patiently waiting for my reaction. He stood perfectly still,
like a statue belonging in the ballroom with the other races, long fallen into
myth and legend. Lighting flashed across his face, and I realized why he was so
afraid.

I froze. Partly in
terror and partly in awe. “You’re a werewolf.”

“Are you afraid of me?” he asked with uncertainty.

Of course, I was
afraid. It wouldn’t be natural otherwise. I couldn’t tell him that. “No. More
like . . . mesmerized.”

I leaned over the bench, reached out my hand and touched his
face. Soft and smooth skin returned my touch, just as with the human part of
him. My fingers traced the changes, moving over the rises and falls of his
features. Goosebumps rose on my arms and trickled down my spine. Another flash
of lightning shone on his face, his eyes were closed.

I laughed under my breath. “How could I?”

“This is what I am. If living a life with me is what you
really want, you will need to eventually make the change as well,” his words
echoed soundlessly through my mind, as well as the urgency within them.

I dropped my hand and sat back on my legs. “Before I can
think about that, give me some answers.”

“Old enough to have seen the changes in this world,” he
spoke with sadness in his words.

“Does that mean you will you live forever?”

“It will kill me when you eventually die.”

“Why would my death kill you?” I fought a losing battle.
Instead of getting answers, I found more questions.

His mouth opened as if he was going to answer, but then he
closed it, looking out the window. Worry creased his brow.

I tried a different approach, “Is that the decision you
warned me of?”

“I wouldn’t want you to rush into something like this. It
takes time. With the company that’s coming, you’ll need to make that decision
sooner than I had hoped.”

I climbed atop the bench and then stepped to the floor to
stand in front of him; my knees were stiff from sitting on them. “When?”

“The decision will need to be made by tomorrow night.”

“What happens if I say no?”

“I would rather not think about that but considered that a
possibility.”

“Why is it important to you for me to say yes?”

“Because, my world was never complete until you were a part
of it, and you are my heart song.”

My mind emptied of everything. Every question, every thought
and argument, even logic left my mind. Not once did I expect to hear words like
his. I was never anything to anyone. My own father didn’t even want me, and
yet, Marren did. The whirlwind of my life seemed less chaotic with him. He
calmed the destructive force that claimed so much of me, and when I thought
about not having him around, my heart hurt. I’ve always been told persistence
wins over patience. I didn’t realize how true that was until now.

My decision was made.

I lifted my hands to his chest, his heart thumped against my
touch. I inched close enough for his breath to blow over my neck and shoulders.
His lips pressed into my forehead, but I could tell he was holding back.

I slid my hands around his neck and pulled his lips to mine.
Fire pulsed through my veins, setting every nerve ending ablaze. Everywhere his
hands touched, tingled like tiny bolts of lightning. Slowly, his arms wrapped around
me as our kiss deepened. My feet left the floor as he carried me to the side of
the bed, lying me down. His mouth traced the edge of my jaw and the length of
my neck. He pulled away, letting his breath flow over my skin in warm waves.

“Are you sure this is what you want?”

A
Kansas native, Samantha LaFantasie spends her free time with her spouse and
three kids. Writing has always been a passion of hers, forgoing all other
desires to devote to this one obsession, even though she often finds herself arguing
with her characters through much of the process. She’s primarily a fantasy
writer but often feels pulled to genres such as sci-fi, romance, and others.

Samantha
became a bestselling author with the Pandora Boxed Set (which
includes Made to Forget: Nepherium Novella series--Part One) on both Amazon and
USA Today.

Samantha
loves to take time to enjoy other activities such as photography and playing
her favorite game of all time, Guild Wars 2.

Want more from
Samantha? Keep up with her at any of her digital hangouts.