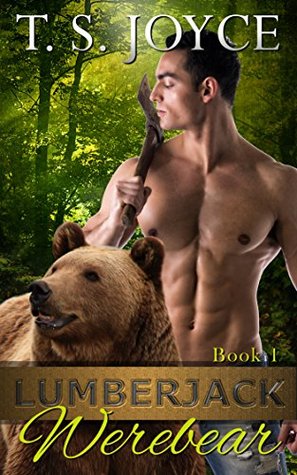 Painter, Brooke Belle, is running from her past and hoping that a few weeks in a quaint country cabin will bring her artistic muse back from the brink. But when she lands smack dab in the middle of Asheland Mobile Park, she’s sure there’s been a mistake. Not only has her mentor rented her a dilapidated mobile home in the middle of nowhere, but the trailer park is filled with big, burly, growly, flirty, sexy-as-hell lumberjacks. And one in particular is making her think that maybe she’s landed right where she needs to be.

Tagan James has a lot on his shoulders. As second in a woodcutting crew of bear shifters, he’s got all he can handle keeping his people from tearing each other apart on the job site. But when the beautiful, and terribly human, Brooke Belle lands on his doorstep, all honest and vulnerable and pulling at his animal’s protective instincts, he has to decide whether to boot her out of his park to protect his heart, or take a risk and save her muse.

Every bear shifter knows finding a mate can destroy a dominant like him. But as Brooke shows Tagan just how strong she can be, he’s second guessing everything—including his vow to never fall for a woman.

Lately, I have been obsessed with reading anything by TS Joyce.  She has a fresh take on paranormal romance, so when I was browsing and came across Lumberjack Werebear, I downloaded it on the spot.  This is the beginning of a new series for her and I really enjoyed the artsy perspective she created through her heroine, Brooke Belle.Brooke was sent on a vacation at the urging of her mentor only to find herself in the middle of nowhere surrounded by lumberjacks.  Thinking she was headed to a spa retreat, she was caught completely off guard.  She slowly finds herself enjoying the "truck hot tub" and the camaraderie of the men.  Tagan is the second in command of the clan and he is not ready for a mate.  He finds himself drawn to Brooke even though he is fighting to remain single.  She is vulnerable yet strong.  Pack politics are involved while Tagan and Brooke struggle to remain friends even when they both want to take the relationship to the next level.The writing style of TS Joyce allows the reader to imagine the events as they unfold and her shifters are strong alpha males longing for the perfect mate. Another addition to my library and a great read from her too.