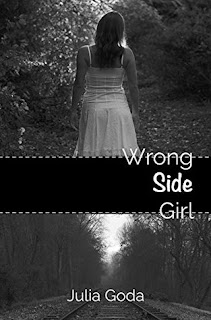 Cole has been Lizzy’s best friend from the moment he found her crying in the woods two weeks before her tenth birthday. Growing up without a father, Lizzy was raised by her alcoholic and drug-addicted mother. Being branded as the town whore's daughter, she had one bright spot in her dark world: Cole. He was the one constant in her life, the only person she trusted would never let her down. He’s her savior, her protector…and the secret love of her life. Now, sixteen years later, they both live successful lives in Boston. But while Lizzy still harbors hope that one day Cole will come around and see what’s right in front of his eyes, Cole enjoys his bachelor lifestyle with no intentions of slowing down. It’s time for Lizzy to move on. Cole has been in love with Lizzy since he can remember. Those gorgeous but sad green eyes of hers have held him captive since he was twelve years old. But she is too pure, too perfect, too innocent for him and his lustful and promiscuous thoughts. He has promised himself he won’t touch her. That is, until he doesn’t have a choice but to claim her as his or lose her forever. Is it possible for them to have what both their hearts desire or will the cruelty of life keep them apart?

White trash from the wrong side of the tracks meets high society’s golden boy and a bond is formed that only strengthens with time!  Julia Goda has a way of spinning a story that cannot be categorized as only a romance.  Her first book in the Girl series, Wrong Side Girl is exceptionally well done.  The characters are bigger than life while staying realistic and the storyline is action packed.  The relationship Ms. Goda builds between her two main characters is a story you will want to read more than once.  Lizzy and Cole’s journey from childhood into adulthood is heartbreaking, moving, sizzling and finally a happily ever after!

Lizzy childhood was spent with an abusive and neglectful mother.  She was a mother that became known as the town whore, a woman that liked to party hard and drown her memories. On Lizzy’s tenth birthday, she met a boy that changed her world.  He became her best friend, protector, her family and the only person that cared for her. As they grew into adults, their bond became stronger and to Lizzy the only thing that would make it better is if Cole could be hers.  But dreams like that don’t come true for a girl like her from the wrong side of town.

From the moment he found Lizzy crying in her special place, twelve year old Cole she became his.  His protective instincts and possessiveness grew as they matured.  He tried to keep his hands off of her, because he did not feel worthy of the beautiful woman his Lizzy had turned into.  It became impossible for him to deny his feelings for her and that left only one thing for him to do, claim her.  But because of the years he spent running and hiding his true feelings for her, he had earned a reputation as a love and leave him guy.

Convincing Lizzy to give him a chance may not be easy.

There are forces coming against them that want to crush and destroy any relationship that they might build. Some ghost from the past are resurrected and the evil that pursues them is out for blood! This book has so many elements that as the story unfolds you will not believe the ending events.  Great addition to any one’s library, I know it is to mine!

***Received an ARC of this book from the Author in exchange for an honest review***
Buy Links:  Amazon US
Posted by Unknown at 6:45:00 AM