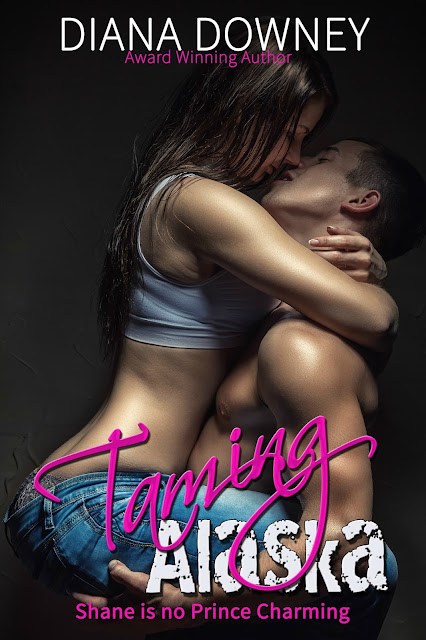 Shane O’Flannery is no Prince Charming.

He is uncouth, uncultured, untrainable.

Damn this man! How dare he humiliate Texas heiress Cynthia Diaz by turning her down, even if she was underage at the time?

When Shane first meets Cyn, his attraction to this frustratingly hot, flirtatious spitfire almost gets him into trouble when he discovers she’s only sixteen. He cannot forget the temptingly sweet taste of this woman-child, so for two years he does his damnedest to avoid this young siren.

Even though Shane’s body was chiseled from granite and Cyn compares every man’s caress to Shane’s panty-melting kiss, she dreams of her true knight in shining armor. So shortly after meeting charismatic, well bred, and breathtakingly handsome Mr. Waits, the perfect man in every way, she marries him. She fully expects a fairytale honeymoon in Bora Bora, Fiji, or Maui. Much to her chagrin, he whisks her off to the Alaskan Interior. When her life is threatened, she must rely on the ill-mannered Shane to survive—a man who has never read the Prince Charming manual.

Taming Alaska is a full-length standalone novel and is tied into a duology. Steamy thriller with a dash of satire and humor for 18 and older, including a strong alpha male and friends to lovers romance.


Mrs. Duncan sitting on the other side of Shane chokes on her asparagus. After she recovers, she asks, “How did it go today with you and Trevor?”

She’s bringing up my ex-boyfriend on purpose. Bitch. I put on my game face before wiping off the disdain from my lips and turning toward her. I lean across Shane, so only he and Trevor’s mom can hear, letting my breast sheathed only in silk rest on his bare arm. He literally stops breathing, and I smile at my small victory.

“Trevor and I broke up. He stole my virginity, and the sex sucked and maybe a real man, like Shane, could make up for it.”

“Cynthia,” she scolds. It takes her a full minute to recover while Shane laughs heartily.

“Trevor really likes you,” she says, but I know my sister Fay has the suitable pedigree.

I smile. “No, he doesn’t. Otherwise, he would’ve satisfied me.”

Shane’s not sorry at all. He’s grinning and slips his hand onto the back of my chair, which sends a flurry of evil eyes my way from Fay and Mrs. Duncan and the other women in the room. Shane isn’t even Fay’s type, let alone mine.

He leans down and whispers, “You’re certainly a spitfire. If your mom weren’t here, I’d take you home and guarantee your satisfaction.”

My body lights up at the promise of sexual gratification. Shane definitely thinks I’m older. I gaze up and down this man’s stealth-like body and know he can deliver. I wiggle in my seat to open up a bit more breast flesh for Shane’s enjoyment, and he does take a few unrepentant peeks.

“What year are you in college?” Shane asks, his fingers leaving a trail of burning coals on my skin while he uses his other hand to swig his beer.

Fay laughs while I glance at Mom to see if I can get away with a white lie. She gives a small shake of the head.

I sigh. “I’m sixteen, but I turn seventeen in another two months.”

“Sixteen?” he spits out a mouthful of beer. “Fuck,” he mutters under his breath. He’s so flustered he tips over a water glass, yet saves it before hardly any spills.

When he looks at me, like I just contracted herpes, I want to crawl under the table, but instead, I sit up straighter. He started this or maybe I did, but he joined right in. 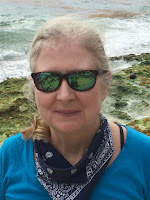 Diana loves steamy sex that sizzles off the page but also well-developed characters and a solid plot that keeps the readers guessing. Strong, masculine men with endearing qualities and motivated, determined women always get to her. Diana's work has earned several awards including first place Paul Gillette, Colorado Gold finalist, and two semi-finalists in the Amazon Breakthrough Novel Award.

Diana loves to travel and meet interesting people whose character traits often provide important fodder to her stories. She loves to read and the outdoors, either hiking among the aspens or relaxing on a remote beach with a good book.