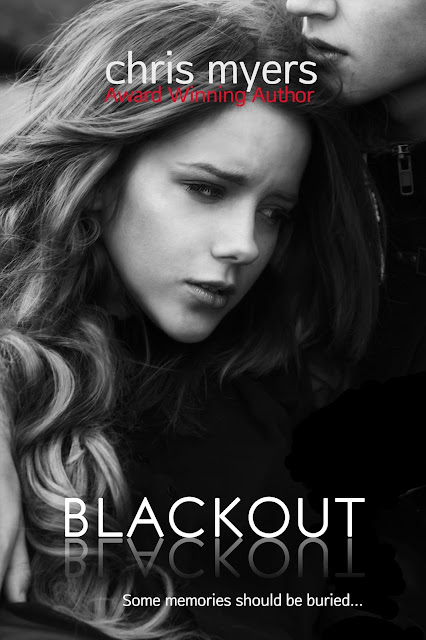 No restraining order will stop Dare from protecting Teal.

The blackouts started happening when Teal was eight. There are long periods of her youth she doesn't remember. She has woken up in strange places, feeling disoriented and unaware of how long she's been out.

After two years abroad attending a private school and sessions with a top-notch psychiatrist, she's been deemed cured. The blackouts have ceased, or so Teal thought, until she wakes up in a ditch back home in North Carolina. Dare, the man pulling her broken body from the wreckage, has a restraining order against him. He’s no longer the clean-cut boy she went frog gigging with but road-hardened. His lean, muscular arms, riddled with tats, drag her out of the SUV. She should fear him, but instead, his touch sparks memories that tell her she once worshipped him with all her heart.

Steamy psychological thriller for 18 and older. Standalone and part of a collection. 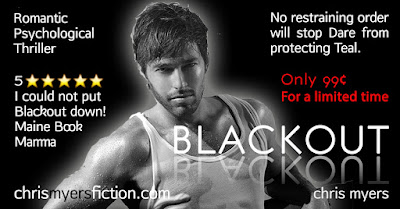 “I dare you to kiss me,” I say in an emotionally flat voice, even though my stomach somersaults.

He glances at his heavily tattooed girlfriend Shannon, then his head swivels back to me. He chews on his lower lip, stares hard at me, and mouths, “We shouldn’t go there,” and continues walking away.

Shannon punches Dare in the jaw.

“I double dare you.” My voice rises. I’m about to look like a complete fool. Kami pushes me forward in encouragement. That’s what friends are for, making you look stupid.

Dare stops. He doesn’t turn around, but he unhooks Shannon from his waist.

“What are you doing?” she screams. When she goes to hit him again, he stops her.

“I’m tired of your shit, Shannon,” Dare says, holding onto her wrists.

“She double-dared you,” Sam mocks. “Are you going to take that, little bro?”

Randy glances between Sam and Jackson, looking unsure whose side to pick.

Dare’s fists clench at his side, and I take a step backward. This was a bad idea. I should go now, but Kami latches onto me to wait.

Dare spins around and marches over to me.

“What the hell are you doing, Darius?” Shannon snaps. “You get back here right now.”

His gaze locks onto me, scraping the skin off my body so that I feel completely exposed. The intensity burns me from the inside out. My stomach revolts, tossing and turning while my heart winds up like a baseball pitch. I swallow hard, not knowing what will happen next.

He crushes his body against mine. I’m so nervous I can’t breathe.

His hands cup my cheeks, and his lips slam so hard against mine that his beard burns my chin. He latches onto me, his solid chest pressing against my breasts. One hand lets go of my cheek and reaches around to my back to force my body into his. His groin molds into my hips, his cock stiffening between us. My body arcs toward his.

The pungent sweat on his skin indecently soaks my shirt, yet my body craves to feel his heat, his desire, and his eager kiss.

The kiss deepens, his tongue sliding into my mouth. His hand slips from my cheek to the back of my head. His mouth claims mine. My thighs tighten, and my panties moisten. No guy has ever made me this hot to the point I want him to take me. If he threw me onto the hood of his car, I wouldn’t stop him.

Several of the boys whistle and catcall. “Hey, take that behind the bleachers,” one guy calls.

Dare’s lips twist on my mouth and his tongue intertwines with mine. I’m melting into him, the world dissolving around me. My fingers slip into his fireproof suit rolled down and tied around his taut abs. His breath stops momentarily. He sighs into my mouth but doesn’t stop assaulting it with his tongue. His lips don’t move from mine. It’s the best kiss I’ve ever had.

My knees wobble, but Dare’s strong arms steady me, like he did that day in the swamp until he saw what I saw. He remembers something that I don’t.

His tongue reaches for mine. I want him inside me right now. My hands have moved to his well-muscled shoulders where they clutch onto him. I don’t want this to end. His heart races alongside mine, tearing up the tracks. I pant and it’s hard to catch my breath.

“Hey Darius,” Jackson says. “We have a race here. Get your head in the game, and put your dick back in your pants.”

Dare pulls his lips away, his breathing staggered, and his forehead bumps into mine. “Happy Birthday, Teal.” 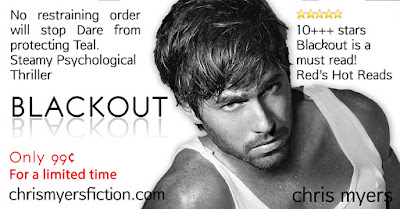 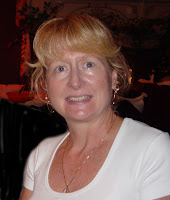 Chris Myers spends most of her free time writing and dreaming up new characters who fight each other for page time or hiking and fishing in the beautiful Colorado mountains. She is an award-winning author of several published novels in the New Adult Contemporary Romance, Teen, and Thriller genres. Chris's work has appeared in the NewsMag and has earned several awards including first place Paul Gillette, Colorado Gold finalist, and two time semi-finalist in the Amazon Breakthrough Novel Award. She has taught writing workshops for PPW and Delve Writing and was an adjunct professor at CSU.


a Rafflecopter giveaway
Posted by Anonymous at 7:00:00 AM