ENTER TO WIN $30 AT THE BOTTOM OF THIS POST 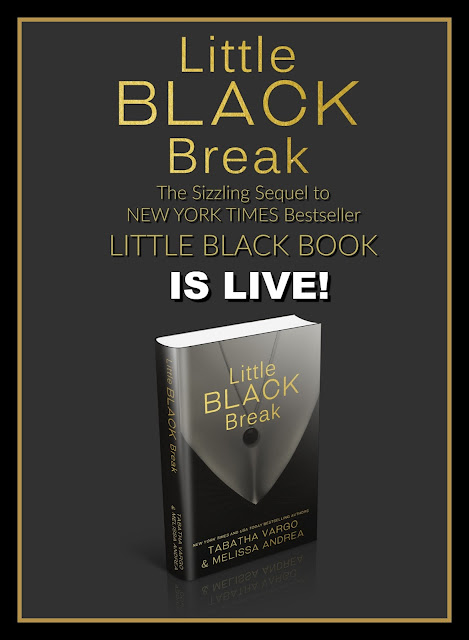 My name’s Sebastian Black, and my life as I know it is over. My little black book days were numbered the minute I met Rosslyn. She became my one and only and lightened my dark soul.
But now my past is threatening my future—threatening the woman I love. I’ll do whatever it takes to protect her. Even if I have to lie—pretend to cheat—I need her to leave my world and remain safe.
Breaking her heart is killing me, but I refuse to let my old sins destroy the only good in my life.
If you love her, let her go. If you’re dangerous like me, pray she stays away. I won’t let her get caught in the crossfire. No matter who I have to break.

GET YOUR COPY OF LITTLE BLACK BREAK NOW! 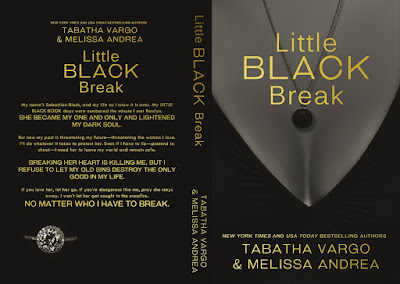 “Sebastian says touch yourself.” His husky voice brushed the side of my neck, sending chills to my toes. “Slide your fingers into your sweet pussy so I can suck them clean.”
I melted beneath him, my thighs widening automatically as my wandering fingers rolled over my clit. Sensation moved over me and my body tensed. Sebastian was the king of foreplay, leaving me wet and ready—throbbing so hard I thought I’d die if he didn’t put me out of my misery.
“Please, Sebastian. Give me what I want,” I begged.
All this time together and he was still able to make me beg for his touch—make me breathe his name until he soothed the sweet ache he’d built between my thighs.
“Ah, come on, Mrs. Black. How do you expect me to hold out when you beg so sweetly?”
“I’m not Mrs. Black yet, Mr. Black,” I teased.
Sebastian had officially proposed the night I graduated from Tech with my Associate’s in Criminal Justice. He’d offered to pay for an expensive four-year college, but I was determined to do things on my own, which meant Tech it was. And with my past and the many years I’d spent needing justice for the murder of my parents, criminal justice made sense.
His proposal was unexpected since everyone who knew Sebastian knew he wasn’t the marrying kind. Even I was shocked when he dropped to one knee in the middle of our bedroom and asked me to spend the rest of my life with him.
I’d had some champagne at the celebratory dinner after my graduation ceremony, and I wasn’t sure I’d heard him correctly, but then he looked up at me with pure adoration and I knew—I just knew—I never wanted to be away from him. I’d never love another man the way I loved Sebastian, and no other man would ever love me the way he did.

I said yes, and we spent the rest of the night making love.
It was beautiful.
Perfection.
Everything Sebastian embodied.
That was a week ago, and his look of adoration still lingered in his expression, but as he looked down at me, it was a raw, unadulterated need that filled his clear blue eyes.
His grin was dark and dangerous as he pulled my fingers from my trembling body and sucked the glistening moisture from their length—his tongue flicking at the tips. Desire struck me deep and I bit into my lip to control the animalistic growl that crawled up the back of my throat.
Dark, damp hair fell over his scorching blue eyes and I brushed it away with my free hand, losing my fingers in its thickness. My hips lifted from the plush mattress, begging on their own for his length.
He chuckled, the sound rich and exotic as it rumbled across my skin.
“Official or not, you’re mine, Rosslyn. You’ve been mine since the first time I laid eyes on you. Do you understand?”
His thick cock massaged my entrance soothing the ache briefly as he teased me in return. With his skin beneath my nails, I dug my fingers deep into his flesh as I tried to pull his body into mine.
“Now, Sebastian. I need you,” I breathed.
“No, beautiful, not until you give me what I want.”
I knew what he wanted, but like him, I liked to make him beg for it. It was why we worked.
Push and pull.
Give and take.
I was able to hook Sebastian Black because I wasn’t afraid to fight him—to make him quake with want, quiver with need. We drove each other crazy, and I wouldn’t have wanted it any other way. Still, I pressed my lips together, holding out for a little longer.
He pushed against me harder, my insides burning for his intrusion.
“Fuck,” he rumbled. “Say it, Rosslyn. Tell me what I want to hear and I’ll give you what you want. I’ll give you what you want all night long, baby.”
I lifted my hips to draw him in, but he pulled back letting the cool air rush between us.
“Give me what I want and I’ll tell you what you want to hear,” I countered.
Again, he snickered; the evident strain in his voice letting me know I was close to winning.
His body was stiff above me, his biceps trembling from holding up his weight and his hips shaking against my core. I could see the defeat in his eyes as he licked his lips and his breath quickened. He was incredibly sexy all the time, but nothing beat Sebastian in the heat of the moment—the seconds before he climbed into me and set both our bodies aflame.
And then he shifted and filled me.
Deep.
Thick.
Stretching me so completely I mewed in appreciation.
He closed his eyes against the pleasure, and we sighed in unison at the sweet relief.
“Is this what you want, dirty girl? You want my cock deep inside you?” His breathing was erratic; his eyes steeled in preparation for taking me hard and fast the way I liked it.
I nodded as I internally celebrated winning our little game of tug-of-war.
“Say it, Rosslyn.” He pulled back and pushed into me—hard and swift—deeper and deeper with each thrust. It felt amazing.
He felt wonderful.
“Fuck, you feel incredible,” he growled. “I’ll never get over how perfect you feel. So tight—so wet—wrapped around my cock.”
My toes dug into the mattress as desire worked its way from my hips and into my stomach. I loved the way Sebastian talked to me—especially during sex. It was an aphrodisiac for my senses, and it made me feel powerful. It made me feel wanted—like he could never get enough of me, which was good considering I knew I’d never get enough of him.
“Say it, baby. I need to hear it.”
I loved it when he begged—the strain in his voice fulfilling me emotionally while his body pleasured me physically. The tension in his voice thick and ready to snap. He wanted me—he needed me to soothe his ache the way he was soothing mine.
It was physical, but it was also mental.
Emotionally, Sebastian needed more. He needed me to reach inside his mind and soothe him in a way I couldn’t with my body. Spiritually, he needed depth. To know that I was latching on to him and never leaving his side. All his life he’d been left. Put on the side of the road and never collected. I’d always known how broken he was, but I also knew it was my job to keep him together.
I opened my mouth to say the words he longed to hear, to give him the relief he was giving me, but he plowed into my center once more and the words melted on my tongue leaving a pleasured moan in their stead.
“Say it, Rosslyn,” he demanded.
He was getting louder, his body stronger—faster—ruthless.
I was lost in a sea of baby blue as he stared down at me with determination. Sweat dotted his brow, threatening to drip onto my flaming skin. I dug my fingernails into the flesh of his firm ass, making him growl. He quickened, taking my body with passion—slamming into me—pushing me to the head of the bed and to the brink of release.
“I can’t … I can’t say it,” I stuttered.
Confusion swept over his expression. “Why not?”
And then I smiled because I knew I’d officially won our little game. It wasn’t often that I won in our little game of wits and foreplay, but I’d held out regardless of the intensity of his movements—the passion in his eyes—the pleasure that flowed through me so completely.
I’d won.
“Because you didn’t say Sebastian says.” 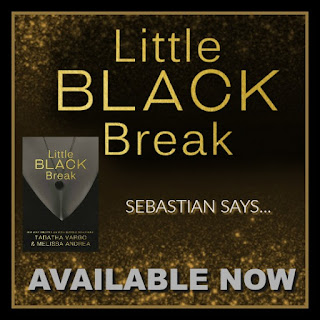 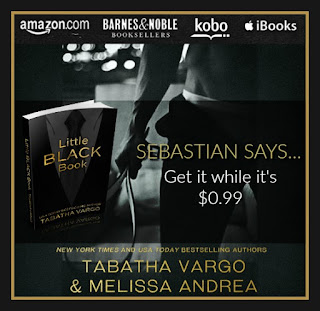 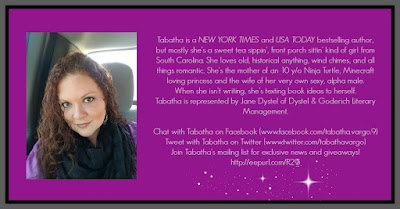