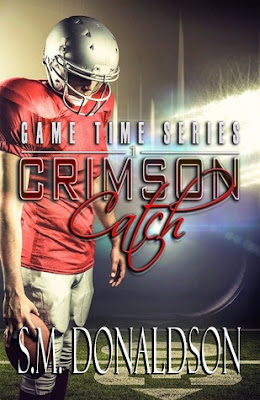 Welcome to the time where memories are made and hearts get broken.

Collin Atwood is a sophomore at Everly High School and the all-American boy in an all-American family. It's his first year on the varsity team and the pressure is on, from his dad and the town. For the first time in over twenty years his hometown could be in line for a state championship title and he’s their ticket to get there.
That is if he can get his grades up enough to play.

Enter the daughter of the last guy that held the town's hopes and dreams of state titles, who turned into a drunk after he blew it all. Paired up with Joelle Prescott as his tutor, these two are far from being in the same social circle. She's an honor student and a badass on the drum line. In her family full of athletes, she feels invisible. Which is good sometimes...makes it easier to keep her secrets. Will he keep her secrets? Will she help him make the grade?

WARNING: This book is a Mature YA book. It is intended for people 15+, it is not suitable for those younger.

Tongue in cheek, parallel storylines where football jocks and band geeks taking the staring roles!  Return once again to high school days with restlessness nights searching for...well that's the thing, not really knowing what your looking for!  S. M. Donaldson transports you to that time and creates characters that will snag you and drawn you into the world of football, flirting, sexing and living life out loud!  Crimson Catch is the first book in Ms. Donaldson's Game Time series and it's a must read for anyone even though it is YA.
When you think of high school, where did you fit or did you fit in anywhere?  Joelle Prescott fits perfectly in the background where she lives her secret life.  She is really a rebel at heart, a person that is above average intellectually superior, creative, musically inclined and above all loyal. So when asked to tutor the football's star QB by her brother the captain of the team she agrees.  This is the beginning of Joelle and Collin's journey towards becoming finding out where they belong and with who!
Sometimes it is not enough to be the golden boy, the All-American stud muffin. Surely there is more than blowjobs from girls that want a piece of his status as the star QB!  Collin Atwood knows that something is missing, but what?  When his coach tells him to either get his grades up or warm the bench, Collin is willing to hunker down and agrees to work with a tutor.  The only problem is the tutor is Joelle and she fascinates him!
High school is difficult without dodging mean girls and bad boys that think they are all that without the drama of daily life as a teen.  So as I read this amazing book Ms. Donaldson, I realized she had the pulse of that world down pat!  Her book is packed with drama, sizzling sexual tension, mystery, friendship and loyalty!  I really enjoyed adding this book to my library, because it is a winner.